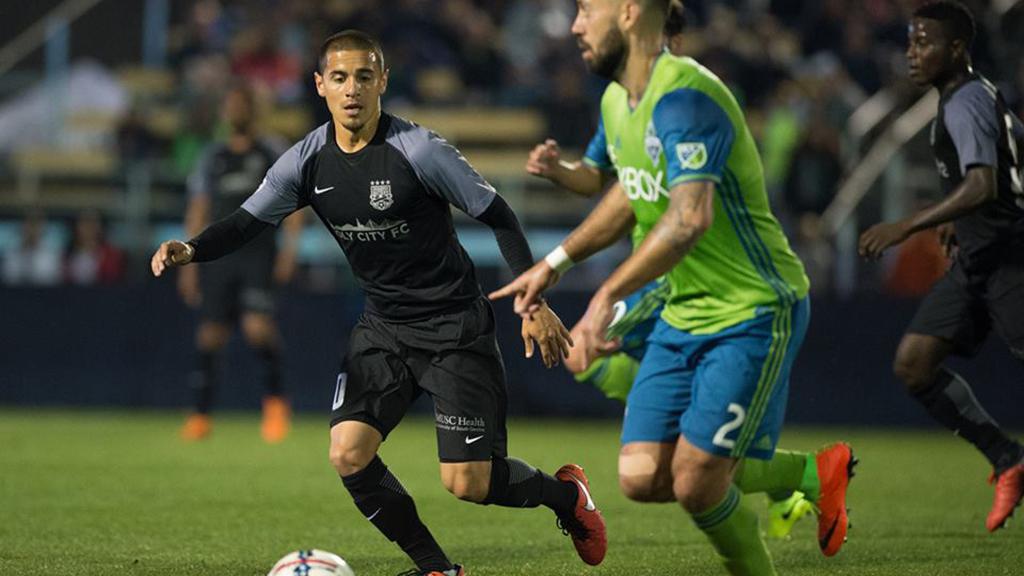 CHARLESTON, S.C. – As he took the field for the opening game of the 2017 Carolina Challenge Cup on Saturday night for the Charleston Battery, midfielder Justin Portillo likely felt a strong sense of readiness.

The manner in which his 2016 season ended was abrupt, diagnosed with acute appendicitis shortly before the Battery embarked on their sixth consecutive trip to the USL Cup Playoffs. What followed was a challenging recovery process to get ready for the first big test of the preseason against Seattle Sounders FC, and the journey has given the 24-year-old an even stronger feeling of connection to the game.

“It was real tough,” said Portillo. “It happened two weeks, a week-and-a-half before the playoffs started, so the timing was real rough. I know everything happens for a reason. That time off and missing the playoffs really helped me find more of a love for the game, so now I’m going into this season real excited, real hungry to get back out on the field.”

Portillo was in the midst of a second consecutive strong season for the Battery, with six goals and four assists in 26 regular-season appearances last year, continuing to establish him as one of the key players for the historic club. His ability to control the flow of the game in the center of the field, and accuracy from set pieces, made him a valuable asset to Battery Head Coach Mike Anhaeuser, and could put him on the radar to be the next Battery player to make the move to MLS.

“He’s one of those guys that does things off the field that he does on the field too, so we’re looking to him to take it to another level,” Anhaeuser said. “His free kicks, his ability to play the ball in, we only hope he grows and gets better this season and keep developing his pace, and who knows, he might be in Atlanta or another MLS camp like some of our other players have been.”

Portillo’s presence for the Battery has also been valuable for Anhaeuser in the locker room. As he enters his fourth year with the club, Portillo’s role as a leader within the club alongside fellow veterans like Taylor Mueller and Maikel Chang has brought the same continuity that Portillo experience when he first arrived as a rookie in 2014.

“I was fortunate my rookie year and second year to have real good guys to look up to and teach me the ropes, and going forward I’m trying to do the same for the new guys we get this year,” Portillo said. “For the young guys, if we get a couple of guys on loan, [we can] be somebody they can look up to that’s been in the league for four years now. Hopefully I can be a real good asset to those guys.” 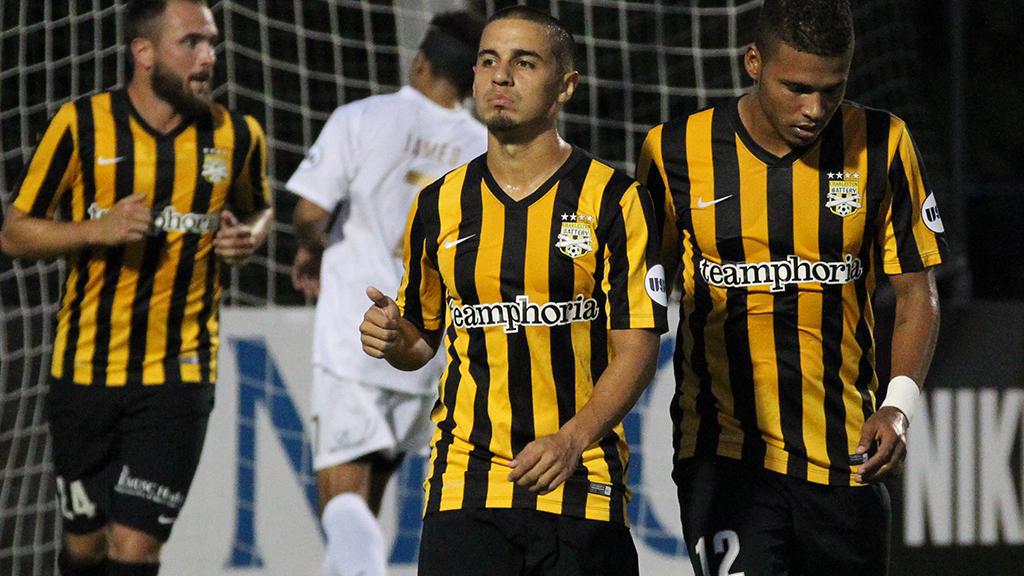 Even given his inability to be on the field at the end of last season, Portillo was trying to pull his weight as much as he could off the field as the Battery entered the postseason.

“Any time I could be around the guys I was trying to give pointers and help guys out,” he said. “The playoffs are tough. A, couple of guys hadn’t been in that situation, so I was trying to help those guys out.”

Portillo’s willingness to help drive the team forward has Anhaeuser looking forward to having him back out on the field when the regular season starts. After getting 45 minutes under his belt against Seattle, Wednesday night’s game against Columbus Crew SC will be the next step in the process.

“He’s very important,” Anhaeuser said. “It was a blow when he went down last year, and it was a big blow to him because he was playing so well, but he’s back to full strength. We’re going to take it a little slow during preseason, but … he does a lot more than just on the field.”

With the Battery entering their 25th season, Portillo is aiming to contribute as much as he can to maintaining the club’s high standards of success, and make sure when the postseason arrives Charleston is positioned to claim its fifth championship.

“The biggest challenge as a team is just to finish as strong as possible,” Portillo said. “As the years go on, we get better and better, we get more experience into the playoffs and things like that.

“If we can go into the end of the year with some wins and playing well as a team, we can take it the whole way and win a championship.”