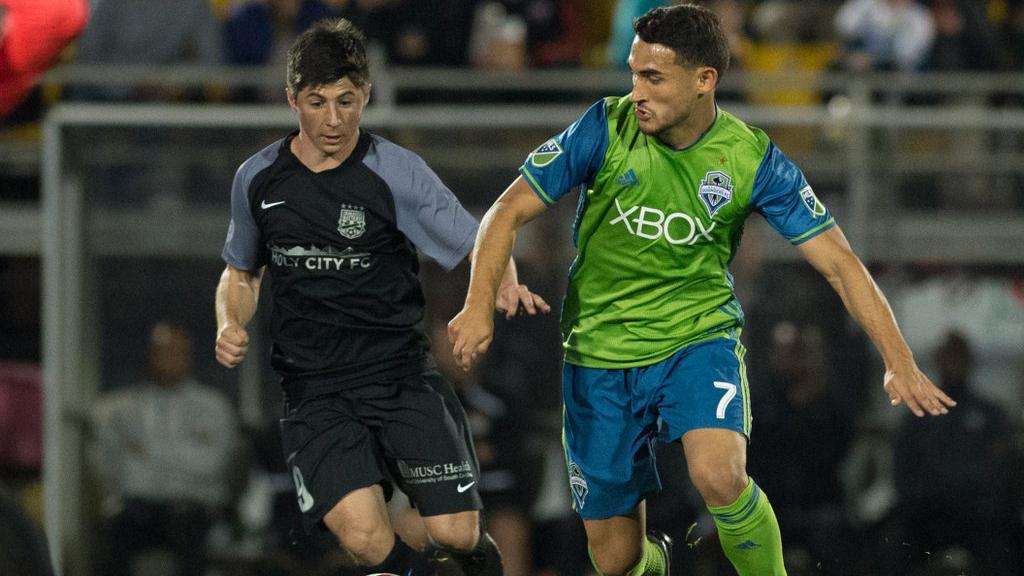 Higashi’s goal arrived with almost the final kick of the game as the Battery pressed for a late equalizer after the Sounders had taken the lead just past the half-hour mark on an own goal by Charleston’s Taylor Mueller. After a low shot from the right of the penalty area came back off the post, the ball came to Higashi centrally, and he roofed a shot into the net to send the Battery bench into celebrations.

Both Clint Dempsey and Jordan Morris made the start for the Sounders, and Dempsey chanced an effort from 25 yards that went high in the ninth minute. The hosts also had some chances of their own, including an effort by Dante Marini that went just over the crossbar in the 21st minute, while Forrest Lasso had a header go over the crossbar as well eight minutes later.

Seattle took the lead in the 32nd minute, though, as a cross by Joevin Jones was diverted into his own net by Mueller. Alvaro Fernandez was then denied by Battery goalkeeper Odisnel Cooper as Charleston kept it a one-goal game at the halftime break, and Fernandez hit the woodwork in the 66th minute as Seattle looked for a second.

Henry Wingo also had a goal disallowed for the Sounders in the 75th minute after Will Bruin was ruled offside on a give-and-go with the rookie. The lack of a second goal left the door open for the hosts, and the Battery duly took the opportunity to earn a draw with Higashi’s last-gasp effort. 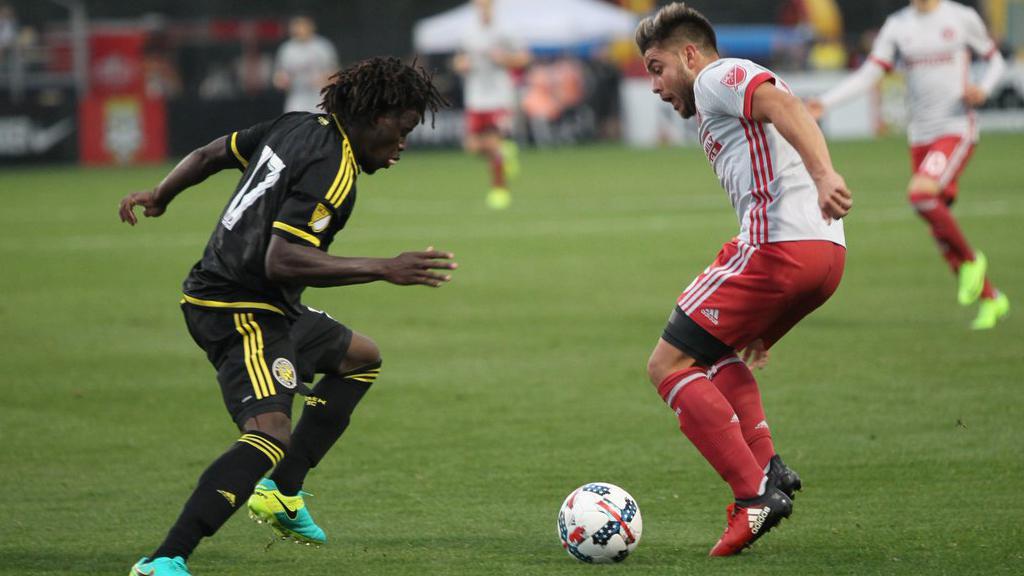 CHARLESTON, S.C. — A pair of goals by Federico Higuain gave Columbus Crew SC a 2-1 victory against Atlanta United FC on Saturday evening at MUSC Health Stadium in the opening game of the 2017 Carolina Challenge Cup.

Atlanta took the lead in the sixth minute when the 2017 MLS expansion side created a chance down the right that saw Designated Player Josef Martinez play wide to Tito Villalba, and then get on the end of a low cross with a diving header to the far post.

Chasing an equalizer, Columbus had chances come to Ethan Finlay, Adam Jahn, Higuain and Justin Meram before halftime, but was unable to find a way past Atlanta goalkeeper Alec Kann. A pair of goals around the hour-mark turned the game around, however, as Higuain struck.

The Argentinian Designated Player charged Kann's attempted long ball and saw the ball bounce into the net to make it 1-1 in the 57th minute, and then five minutes later nodded home Meram’s cross to give the Crew the lead.

Columbus had chances to add to its lead in the final half-hour, but goalkeeper Zack Steffen – a 2016 loanee with the Pittsburgh Riverhounds – made sure the lead held up as the Challenge Cup’s first victors in 2004 opened this year’s tournament with a win.