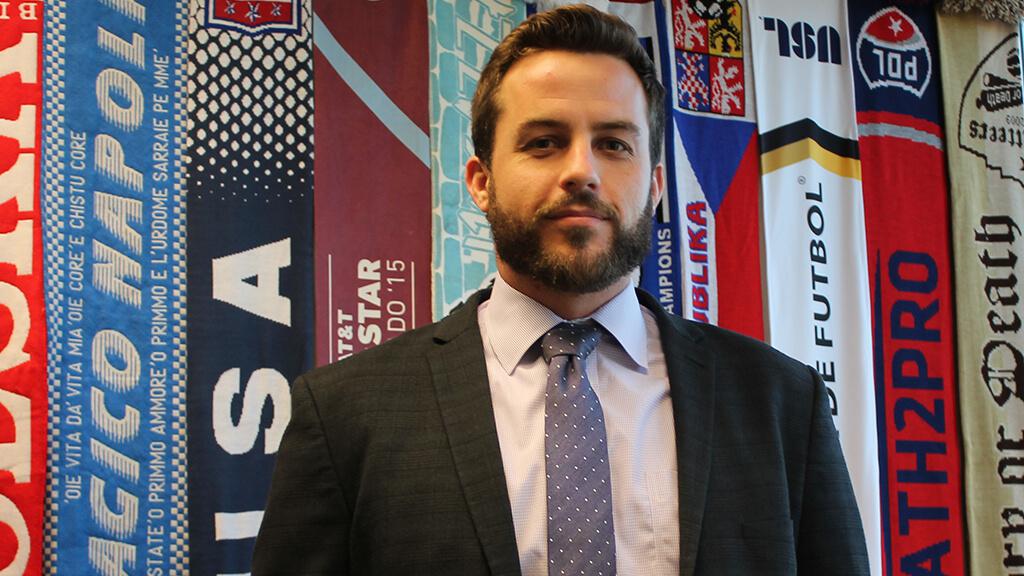 As the USL Technical Committee convened in Los Angeles in January for their annual meetings and the 2017 NSCAA Convention, one of the key topics on the agenda for Gordon Bengtson, the USL’s VP of Competition & Technical Development, was the vision the league had for the competition as it moves into the 2017 season.

With the USL awarded Division II sanctioning the week prior, continuing to raise the level of competition on the field is the top priority within the league’s headquarters, with Bengtson and his colleagues in the USL Competition & Technical department leading the way.

“We felt it was important to provide a little bit more context to our technical staff members as to where we see the league going and how we’re going to drive things forward,” Bengtson said recently. “My primary task is now to evolve the competition, improve the standard of play and the quality of the overall competition. So what we did was look at where we are, how we got here and key areas we want to improve in order to achieve our goals and aspirations.”

A coach himself before he joined the USL, Bengtson has seen from the inside the changes that have been made to the U.S. Soccer Federation’s Coaching Education department over the past two years. Led by U.S Soccer’s Director of Coaching Education Nico Romeijn, the group has overseen the expansion of the department, which has included the introduction of the new Pro License, and enhancements to previous licensing levels.

“With the wholesale changes that have come to the coaching education department, the ability for me to both participate in the newly-formatted pilot ‘A’ course recently allowed me some exposure and an inside track to the new leadership team in the U.S. Soccer Coaching Education Department,” said Bengtson, who this week completed his USSF ‘A’ License.

“Nico Romeijn and the other key leaders have been working diligently over the past 18 months getting a handle on the landscape, restructuring all of the courses, and really getting an understanding on where U.S. Soccer isand where it needs to go. We had the chance to introduce them to the USL, and introduce the technical staff of our USL clubs to the new leadership of the U.S. Soccer Education Department.”

With that in mind, Bengtson and guest speakers – including Wim van Swam who leads the USSF Pro License, former FIFA Coach Educator Didier Chambaron, Italian federation coaching educator Vanni Sartini, current U.S. Soccer instructor Jay Hoffman, former AZ Alkmaar Academy Director Aloys Wijnker and Romeijn himself – held a series of seminars over the course of the week in California. While the USL’s Head Coaches come from a wide variety of backgrounds and experiences, the common thread that Bengtson found was the desire within the group to broaden horizons and stay ahead of the curve when it came to coaching techniques.

“It’s a good challenge to try and navigate,” Bengtson said. “Whether it’s an up and coming, aspirational coach who’s eager to learn, or a well-established coach who has decades of experience, trying to find a common thread between all of them is challenging at times. In my experience with our coaches, they’re all life-long learners, they’re all students of the game, so having these additional educational opportunities has been traditionally welcomed and an exciting new venture.”

That continued curiosity and eagerness to learn was evident for Sacramento Republic FC’s Paul Buckle and San Antonio FC’s Darren Powell, who in January were announced as the first two USL Head Coaches to be admitted to the new USSF Pro License course. Entering its second year, the Pro License set a new standard for coaching education in the U.S. While Buckle and Powell lead the way, Bengtson said seminars of the type the league held in California are part of the USL’s effort to ensure more of the league’s coaches can follow them in 2018 and beyond.

“I certainly think we have more coaches coming down the pipeline that will apply for the Pro course,” said Bengtson. “We know ultimately there are other professional leagues out there in U.S. Soccer, so there’s a large pool of qualified candidates and would be a great selection for this course. What we’re doing to try and do is supplement everything the USL coaches try and do on their own by adding our own formalized programs in hopes that we have more coaches coming from the USL.”

Given the work Bengtson and the rest of the USL front office are doing on and off the field – from working to raise attendance and increase sponsorships on the business side to raising the level of play on the field – the connections that have been established between the league and its coaches with the Federation’s Education Department look set to serve both the league, and the sport as a whole, greatly in the coming years.

“For us here at the USL, the more we can align with the direction of the Federation and row in the same direction will only further advance their mission and our mission simultaneously,” said Bengtson. “All of those things are integrated, and the more we can work together, I think it just expands the range of the ripples of positive change and evolution of our game.

“The more we can reinforce their message and also have them be exposed to our competition I think will only work in unison and grow the game both professionally and at the grassroots level.”