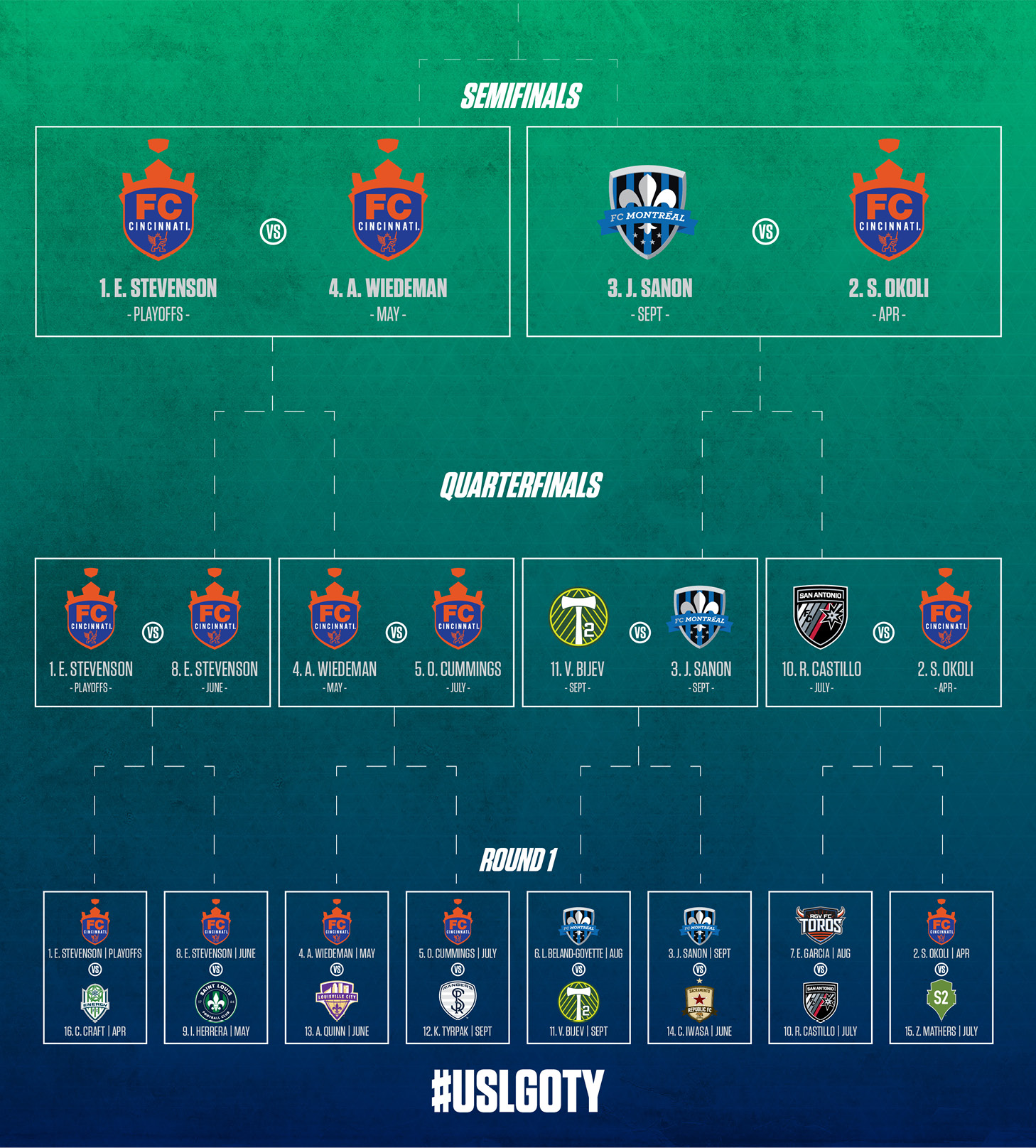 Following two weeks of voting, only four goals remain in the quest to be named the 2016 Fans' Choice USL Goal of the Year.

The FC Cincinnati trio of Eric Stevenson, Andrew Wiedeman and 2016 USL MVP Sean Okoli rolled into the final four where they will be joined by FC Montreal's Jimmy Sanon.

All four remaining contenders garnered Fans' Choice USL Goal of the Month honors during the 2016 campaign.

Stevenson's strike against the Charleston Battery during FC Cincinnati's inaugural playoff match was preferred to his June finish against Toronto FC II while a right-footed rocket from Andrew Wiedeman against Harrisburg in May earned the nod over teammate Omar Cummings and his pouncing strike that was named the top goal in June.

Sanon powered his way into the semifinal round by virtue of a long-range beauty from September; outlasting Portland Timbers 2 standout and 2016 USL Assists champion Villyan Bijev in a back-and-forth vote.

The 2016 Fans' Choice USL Goal of the Year bracket originally featured seven Goal of the Month winners and nine of the monthly entries that generated the most support despite coming up short of the top spot as decided entirely by fan votes on USLSoccer.com.

Voting in the semifinal round is now open and will continue through 9:00 a.m. ET on Monday, February 6.