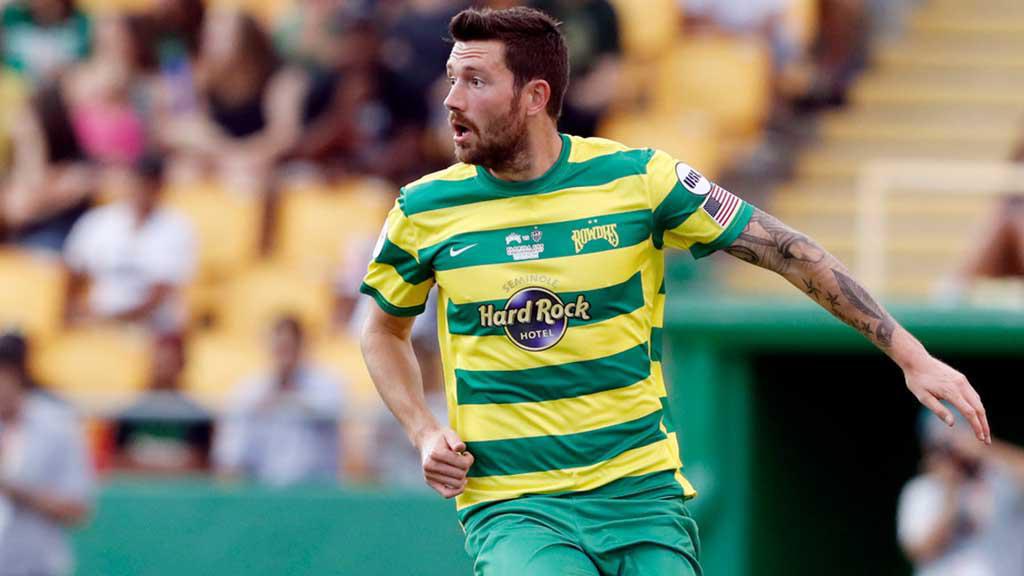 ST. PETERSBURG, Fla. – The Tampa Bay Rowdies saw a number of returning players make their first appearance of the preseason on Saturday evening against Atletico Mineiro at Al Lang Stadium in the 2017 Florida Cup, with Joe Cole, Tam Mkandawire and Matt Pickens all featuring in a starting lineup that included only one trialist.

The Rowdies most recent addition, defender Luke Boden, also made his first appearance for the club, coming on as a halftime substitute. The former Orlando City SC fullback showed glimpses of the form that made him a 2014 USL All-League selection in his performance, too, notably a good cross that led to a scoring chance in the 56th minute for Jaime Siaj, a pleasing sign for the 28-year-old.

“Obviously it’s good to blow some dust off,” Boden said. “We’ve got a long way to go until the first game of the season, a lot of training and a lot of hard work, but I think it was good. We can take some positives out of the game and push on to the beginning of the season.”

Boden made 45 MLS appearances for Orlando over the past two seasons, having been a mainstay for the club during its four seasons in the USL. Arriving at the other end of I-4 this week, Boden said he was enjoying getting to know his new teammates, and believed the group had the potential to find success this season.

“It’s brilliant,” he said. “It’s a great group of guys, and a talented group of guys, and I think if we apply ourselves well and work hard I think we can do really well, but that’s down to us and having the right attitude in each game that we come across.

Boden’s time with Orlando meant that Al Lang Stadium wasn’t an unfamiliar venue, with the Lions having faced the Rowdies in regular exhibitions during his time with City. His new Head Coach, Stuart Campbell, was among the Rowdies contingent on the field in some of those encounters, as were the likes of forward Georgi Hristov and midfielder Keith Savage, but those contest have been consigned to the past as Boden kicks off the new season.

“It’s nice to be on the right side of these guys,” Boden said with a smile. “Hopefully they won’t give me too much abuse!”