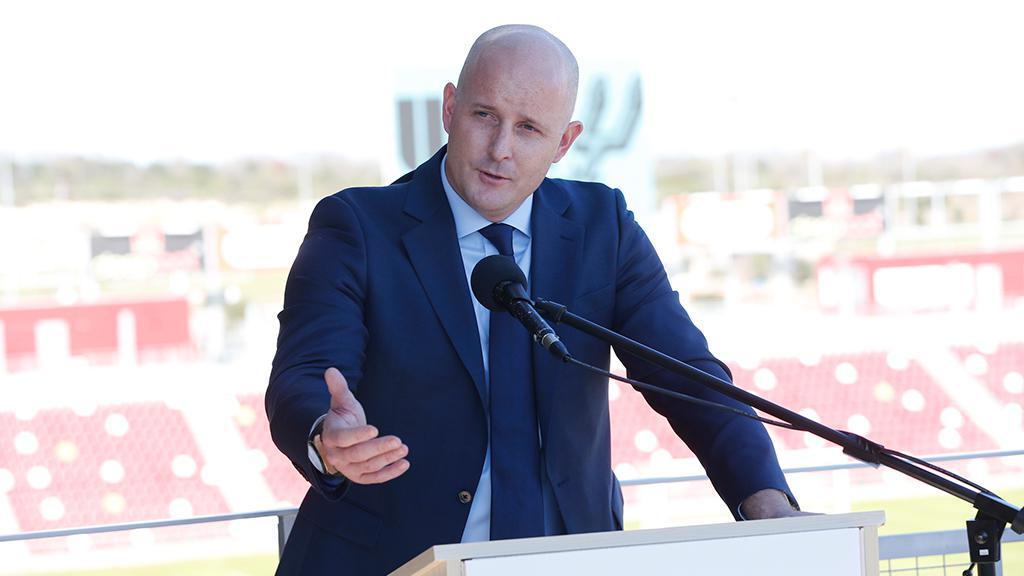 “We feel very good about the board’s decision,” Edwards told Davis. “We submitted the strongest application they’ve ever received for sanctioning for a league at the Division 2 level. We felt very good about the work that we’ve gone through over the last 12 months and that our clubs have gone through over the last 12-to-18 months with the application we’ve put in.

“We have full belief that the federation’s decision is a real validation of all of the work that has gone on in the USL over the last few years in terms of where we’ve come from and the strategic plan of where we’re going and the various initiatives that we’re working on.”

As part of the extensive application, Edwards said the league also provided a roadmap to address any items identified by the federation as it works toward removing the provisional tag from the league’s sanctioning.

“We’re the first league to ever [submit a clear plan] with timelines and deliverables. The clubs have put all of that together, so for now we must execute on that,” said Edwards.

“We are 100 percent focused on our league and what we have to do to move [it] forward over the next few years,” Edwards said. “That’s all we’ve done over the last few years, focus on building a sustainable, quality league with great clubs and strong local ownership groups. [Division 2 sanctioning] is a validation of everything that we’ve done to date, and we have to keep focusing on what we’re doing to ensure the long-term and continued success of the USL.”

The league and its teams will benefit from the Division 2 sanctioning in the build-up to the new season.

“We know there’s going to be an effect on revenue streams, commercial activity, media rights, and sponsorship value in the local marketplace as well as on the national scale for the league,”   Edwards said. “Not only is it a validation of the investment the owners have made into infrastructure, into stadiums, academies, training grounds – all of those great things we want to see happening to get sustainable clubs. They’re also going to see over time, some real increases on the revenue and value side, and the opportunity when they’re in the marketplace for the commercial and the media deals that they’re working on.

“From a league point of view, I’ve actually had a number of interesting calls [Tuesday] morning from various commercial and potential media partners, so for us it does have an impact on what we’re doing on a national scale as well as some international rights conversations we’re having at the moment.”

With the addition of Ottawa Fury FC, Reno 1868 FC and the Tampa Bay Rowdies to the league this season, and Nashville SC set to join in 2018, the league is also aiming to announce additional markets for expansion in the coming months.

“It is extremely important that we bring professional soccer to markets, and do so in the most responsible way we can,” said Edwards. “It’s about identifying the right markets, making sure we have the right ownership groups in those markets that are committed to building those stadiums, showcasing the sport and the event for the fans and the players in the right way, in the right environment, investing in the future, in youth development programs.

“As a league it is our responsibility to continue marketing, promoting, working with commercial and media partners to grow and showcase the sport, bringing attention to these communities. We continue to significantly invest in the league infrastructure to make that happen – but it’s really about identifying the right folks on the ground and the right owners, and putting the right executives together, and I think we’ve done a very good job of that over the last few years.”

With the introduction of a number of new league-wide initiatives for 2017 – including the full launch of USL Productions – Edwards believes there is a lot to look forward to in the upcoming year for which the federation’s decision has provided a platform.

“I think off the back of the Division 2 vote, it gives us the platform now to move forward with some of the more exciting initiatives,” said Edwards. “We’ve got a major broadcast initiative this year that we’re launching to take control of the production of the almost 500 games this season. We’ll be expanding our media partnerships with ESPN and SiriusXM, and providing a wealth of data and analytics with Opta.

“We’ve got three new clubs joining the league, and we’ll be announcing shortly the next cluster of clubs coming in for the ’18 and ’19 seasons, opening a few new soccer-specific stadiums, and rolling out a couple of other initiatives this year such as our new CSR platform, the USL foundation. There’s going to be a lot happening this year that we’ve been working on for some time, but certainly I think the Division 2 sanctioning gives us a real strong platform to bring those programs out.”