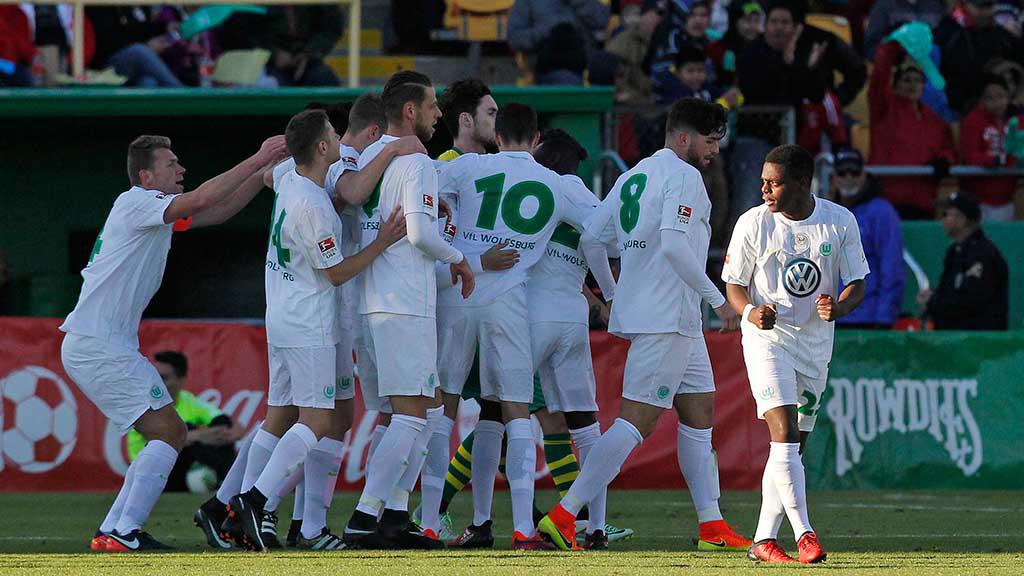 ST. PETERSBURG, Fla. – Robert Herrmann scored both goals as VfL Wolfsburg took a 2-0 victory against the Tampa Bay Rowdies on the opening day of the 2017 Florida Cup at Al Lang Field. Both goals came before the halftime break, as a spirited second half by the Rowdies was unable to create a comeback in the club’s first preseason contest of 2017.

Tampa Bay had the first big chance just four minutes in when trialist Jonathan Glenn stole possession at midfield and broke toward goal. His pass set up Keith Savage, who joined the attack quickly, but the midfielder’s shot flew just high and wide of the top-right corner of the net.

Wolfsburg made the hosts pay just two minutes later. A free kick to the right of center at the top of the penalty area was expertly dispatched into the top-right corner of the net by Herrmann. Sebastian Stolze also went close for the visitors after a patient build-up created a chance he snapped high and wide of the left post.

Wolfsburg went close from another set piece in the 23rd minute when a curling delivery found Julian Klamt, whose flicked header went off the crossbar and over. Klamt again went close from a set piece seven minutes before the break, only to put his header just wide of the right post from eight yards out.

Herrmann’s second arrived three minutes later, however, as a Wolfsburg attack down the right saw the ball find U.S. U19 international McKinze Gaines in behind the defense. His low pass to the top of the penalty area found Herrmann, who shot low into the right corner of the net. 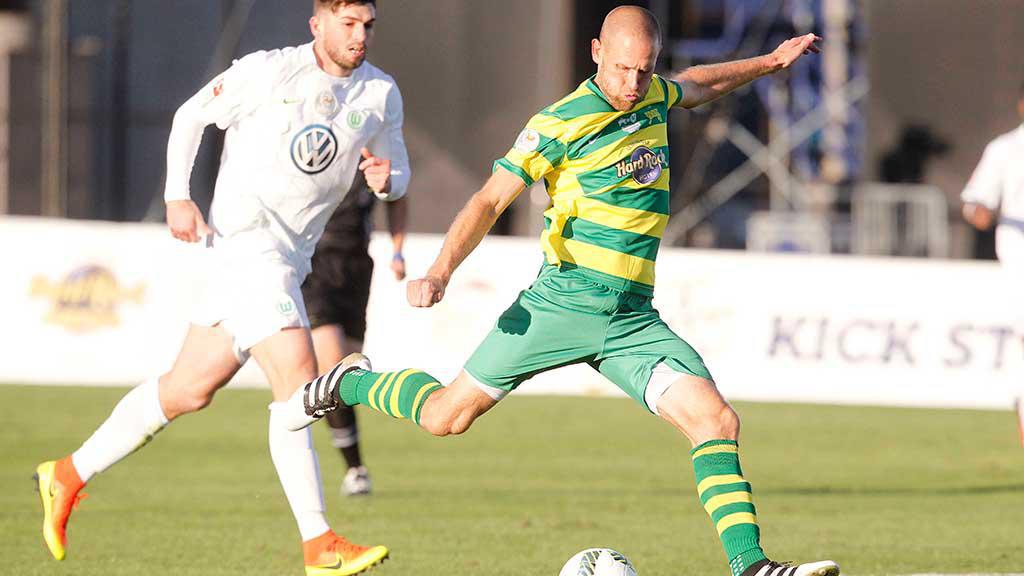 Tampa Bay almost hit back immediately, as Savage found space for a shot inside the penalty area, but his effort was parried by Wolfsburg goalkeeper NIklas Klinger and cleared away to safety by a trailing defender as the visitors held their two-goal lead into the break.

The Rowdies came close to pulling a goal back nine minutes into the second half when they were awarded a free kick to the right of center of the penalty area. Michael Nanchoff sent a curling, left-footed shot over the wall, but Klinger got across well to turn it away. Alex Morrell then had a chance that was denied by a kick save from Klinger just before the hour-mark.

Tampa Bay trialist Jaime Siaj was the next to go close, seeing his near-post finish from the left side of the penalty area saved, but Klinger continued to play well, and his back four frequently recovered well when the Rowdies tried to find space in behind to maintain the shutout victory. A late chance for Martin Vingaard with a curling shot from just outside the penalty area proved the last for the hosts as they were held off the scoresheet.