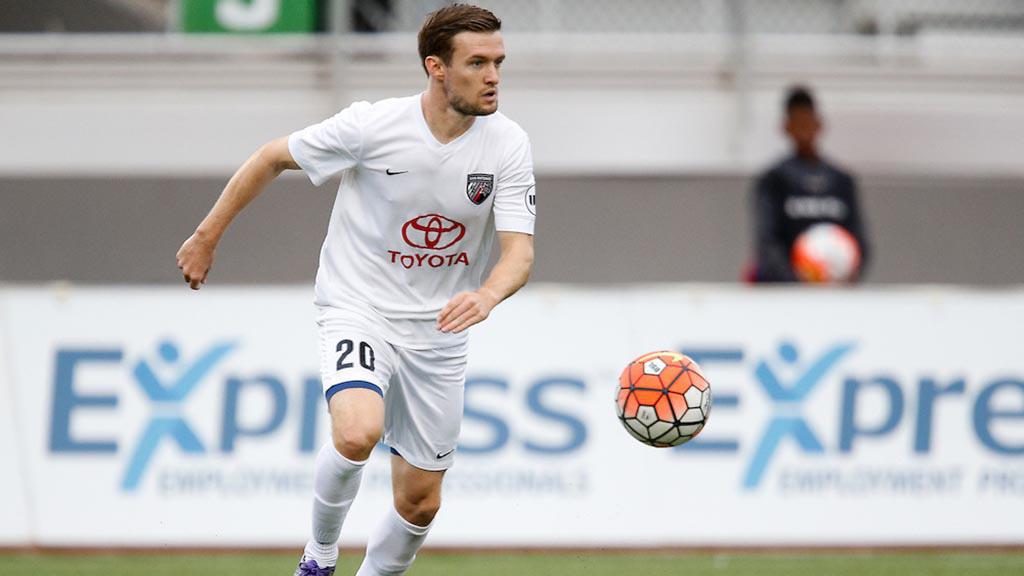 SAN ANTONIO – San Antonio FC today announced that defender Greg Cochrane will return to the club for the 2017 USL season, pending league and federation approval. Per club policy, terms of the contract were not disclosed.

Cochrane was one of only two SAFC players who appeared in all 30 matches of the USL regular season, leading the team and ranking fifth in the USL with 2,631 minutes played. The defender also ranked second on the team in assists (3), including the first assist in club history at Seattle on April 3. His three assists were also tied for the third-most by a defender in the USL last season.

“We are pleased to have Greg return for the 2017 season,” said SAFC Head Coach Darren Powell. “He was a consistent performer in multiple positions for us last season, and he will bring competitiveness to our squad on a daily basis. We look forward to Greg continuing to improve and help make us better in 2017.”

The 26-year-old earned USL Team of the Week honors in Week 16 following his performance against OKC Energy FC on July 9. Cochrane also played all 270 minutes of the club’s Lamar Hunt U.S. Open Cup campaign, setting up Jacques Francois for the winning goal in the final minutes of the third round match against the Des Moines Menace to secure the team’s place in the fourth round of the tournament. Cochrane also captained the Alamo City side on two occasions during the 2016 season.

Cochrane was originally selected in the second round (38th overall) by the LA Galaxy in the 2013 MLS SuperDraft. The defender went on to make 12 appearances for the club in the regular season and featured in the CONCACAF Champions League as well as the U.S. Open Cup for the decorated MLS franchise. Cochrane then spent the 2014 and 2015 seasons with the Chicago Fire (MLS), where he made 16 total appearances and recorded two assists during his time there. Cochrane also played three matches on-loan to USL side Saint Louis FC in 2015, prior to joining SAFC at the start of the 2016 season.

“I’m very excited to be rejoining San Antonio FC,” said Cochrane. “This is a top class organization with huge ambition. We made great strides last year, and I am excited to continue to push the club and city to new heights. The fan support, coaching staff and front office who work behind the scenes are all first class, and I can’t wait for the season to start.”

At the collegiate level, Cochrane spent his last two years at the University of Louisville, where he tallied six goals and recorded five assists in 44 games for the Cardinals. The Pennsylvania native spent his freshman and sophomore years at Virginia Tech, where he scored two goals and notched eight assists in 38 matches.