Returns to club with focus on long-term growth, community connection 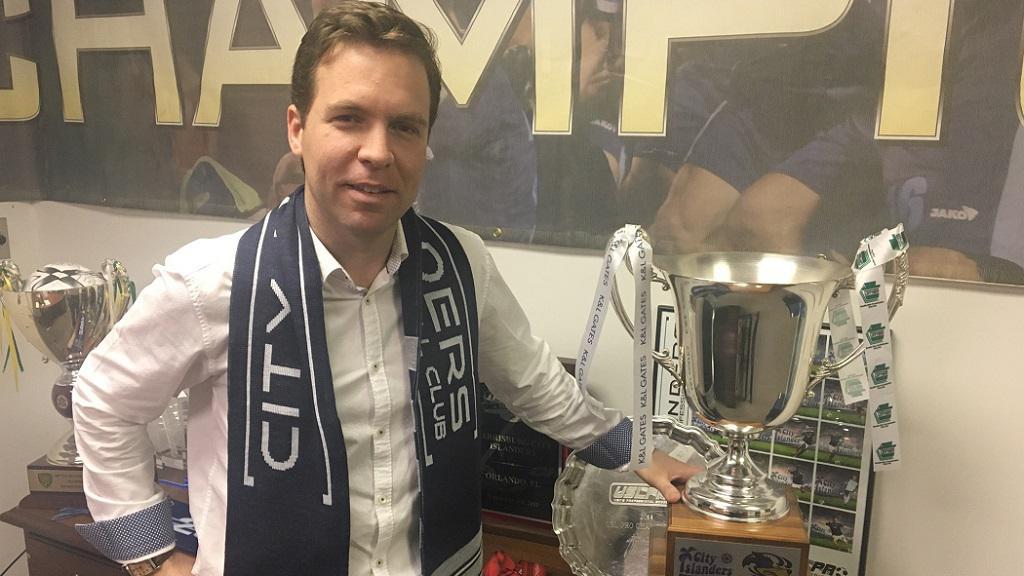 The Harrisburg City Islanders have appointed Tiago Lopes as the club’s President, the team announced Thursday. Lopes will oversee all club operations in a return to the post he held during the 2014 and 2015 seasons. Under Lopes previous direction the club grew its youth partnerships, sponsorships and attendance, and experienced on-field success with the club’s run to the championship final in 2014.

“We are thrilled to have Tiago back with our club,” Islanders President Eric Pettis said. “Under his previous tenure we had unprecedented growth. This year, we lost some of that momentum at a time we could not afford to in the rapidly expanding USL. With Tiago, we feel we are back on track, and are already working on exciting plans for the club’s immediate and long-term growth.”

Lopes brings an impressive resume of success back to the City Islanders. A graduate of the Harvard Business School Executive Education program, he has held prominent positions with some of football’s most iconic franchises. As technical consultant with Manchester United, he worked alongside respected football legends and professionals such as Sir Alex Ferguson, Carlos Queiroz and David Gill, and players such as Cristiano Ronaldo, Tim Howard and Paul Scholes.

He was then named CEO for the Manchester United Soccer School operation in Portugal, a project that was praised by the President of the Portuguese Republic for its significant social contributions and dedication to youth development. Lopes also served as Associate Director of International Relations for the American Soccer League, where his team was responsible for establishing partnerships between U.S. and European clubs.

In 2013, at the age of 30, he was appointed by Philadelphia Union (MLS) CEO Nick Sakiewicz and Harrisburg City Islanders (USL) Owner Eric Pettis as president of the Harrisburg club, making him one of the youngest ever to run a professional soccer franchise in North America.

“It’s very exciting to return to Harrisburg and be a part of the great things happening here,” said Lopes. “There are so many great stories this region has to tell. There is a wave of entrepreneurs, businesses, and young professionals who are embracing the region with passion and pride. I believe that we can be another piece of that story.”

Chief among Lopes vision for the immediate future is to reestablish the connection between the club and the local community.

“We want to engage with the youth organizations, the young professionals who are passionate about football, and with the business community to become one of the top organizations in the sport,” continued Lopes. “We believe that Harrisburg has the resources and the support needed to compete with larger markets such as Toronto, Los Angeles, San Antonio and New York.”

Securing the business operations, including growing the fan base, reenergizing team marketing and enhancing the overall fan experience are also part of Lopes strategy leading into the 2017 season.

“We have a lot of great ideas, and plans for transforming the team in the coming months,” Lopes offered. “This is a very exciting time for professional football in America. As the excitement grows both nationally and here in Harrisburg, we look forward to capitalizing on the opportunities in front of us.”