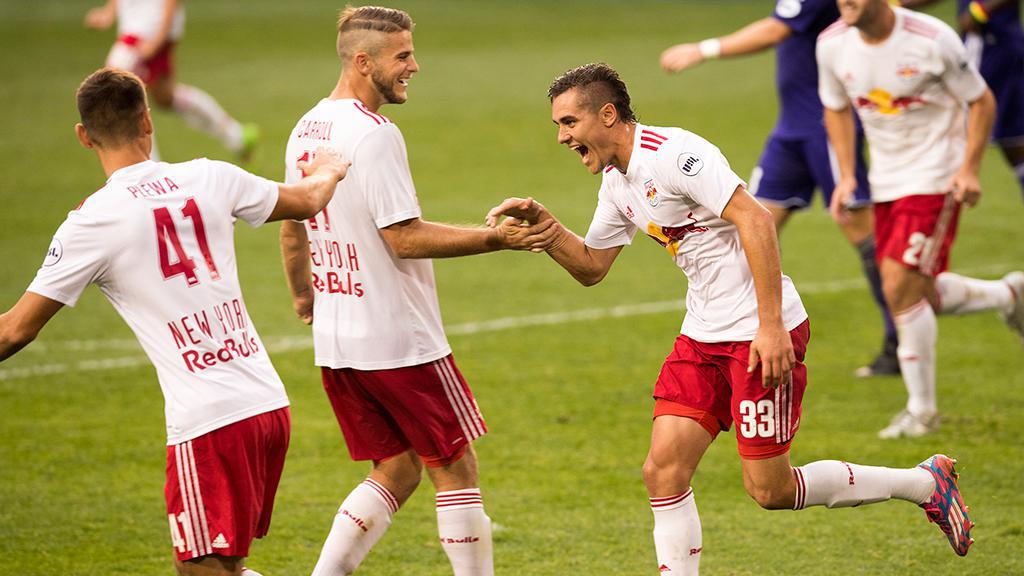 Long earned the 2016 USL Defender of the Year award as he made 22 appearances for the Red Bulls II in the regular season and recorded a pair of goals. The 24-year-old led NYRB II's defense to a season with 16 shutouts on the year. New York conceded only 21 goals in the regular season, and allowed multiple goals in a game just five times in 30 contests. Long was loaned to the Red Bulls and competed in the CONCACAF Champions League group stage as well this year, helping the club advance to the quarterfinal stage.

Bezecourt, 23, tallied six goals and two assists in 18 games played this season. The St. Francis Brooklyn graduate totaled two goals and three assists in four playoff games, including a goal in the USL Cup Final. The midfielder also earned a USL Team of the Week nod during the regular season after overcoming a knee injury, which kept him out of the lineup for two months.

Flemmings, a native of Kingston, Jamaica, earned seven goals and four assists in 23 games played for NYRB II. The Jamaican youth international was twice named to the USL Team of the Week, one of which came after recording a goal and an assist in his Red Bulls II debut, and was named as the No. 6 player in the USL 20 Under 20 this summer. The 20-year-old forward saw his season come to a close in September after undergoing season-ending knee surgery.

Valot, 23, signed with NYRB II in late June and went on to total two goals and six assists on the season. The Rider University graduate also earned a goal and an assist in the 2016 USL Cup Playoffs. The forward, hailing from Monaco, France, was a member of Paris Saint-Germain's youth academy before joining AS Monaco FC's reserve team in 2011, where he played for three years.

Najem, a native of Clifton, N.J., signed with the club in May and played 15 games. The defender played all four games in the playoffs and earned the game-winning assist in the USL Cup Final. The 24-year-old is a former Red Bulls academy player, who participated at the Red Bulls U-16, U-18 and U-23 levels before playing at Columbia University.

Schmoll, 23, played 24 games and scored one goal this season. The 6-foot-6 defender also played all four playoff games for NYRB II en route to the USL Cup championship. A native of Coppet, Switzerland, Schmoll formerly played for the Red Bulls U-23s while studying at Harvard.

Zach Carroll and Zoumana Simpara have not had their options exercised. Stefano Bonomo, Dan Metzger, Devon Williams, Konrad Plewa and Rafael Diaz are out of contract.