Delbridge, Bone, Wiedeman, Cummings all set for 2017 season with club 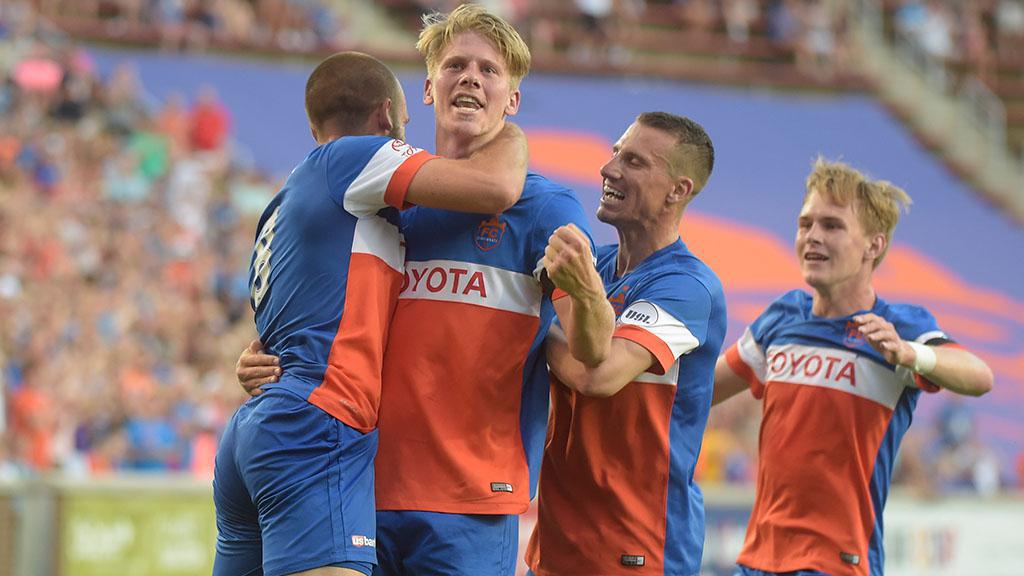 CINCINNATI – FC Cincinnati announced on Monday that 15 players from the club’s inaugural season in the USL would return for the 2017 season with the club. Among the returning group are team USL All-League selection Harrison Delbright, midfield standout Corben Bone and forwards Andrew Wiedeman and Omar Cummings.

“It is extremely reassuring to know that we have a strong group in terms of talent, leadership and chemistry for 2017,” said Head Coach John Harkes. “The group gives us a great foundation to build on. They all understand that while we had a great first year, there is still much more to accomplish and we are looking forward to next season.”

Delbridge, who made 29 appearances after joining the club from the Portland Timbers 2 last offseason, is joined defensively by Austin Berry, Derek Luke, Pat McMahon and Tyler Polak. Berry, a Cincinnati native and hometown favorite, rebounded from an early-season injury and played 19 games and scoring three goals. Luke saw action in 29 games and made eight starts in FCC’s backline. McMahon had a goal and an assist in 29 games and played in eight of the team’s 10 shutouts, while Polak played in all 30 games, notching assists against Louisville City FC and Rochester Rhinos.

Named the club’s MVP this past season, Bone is joined by Jimmy McLaughlin, Omar Mohamed, Francisco Narbon, Paul Nicholson and Kenney Walker. A former Philadelphia Union Homegrown signing, McLaughlin finished third on the team with 11 points on four goals and three assists while playing in all of the team’s 33 contests. Mohamed saw action in 18 contests, taking seven shots while Narbon played in five games while making one start. Nicholson returns to the team and played in 22 contests, scoring a goal against his former club Wilmington Hammerheads FC. Walker notched a goal and an assist in 27 appearances.

Wiedeman, who finished second on the team with seven goals, and Cummings, who had three goals and five assists this past season, are joined by Antoine Hoppenot and midseason addition Casey Townsend. Absent from the group, however, is 2016 USL Most Valuable Player Sean Okoli, who led the league with 16 goals to also earn the USL Golden Boot.

In addition to Okoli, another major name also not under contract with the club is goalkeeper Mitch Hildebrandt, who claimed USL Goalkeeper of the Year honors after a strong first year in the USL.