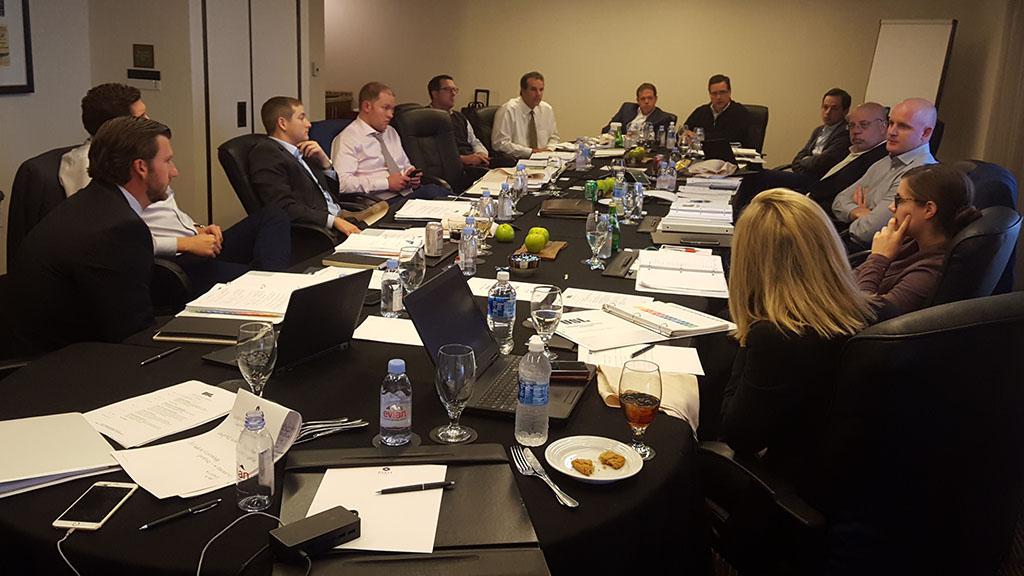 The USL Business Strategy Committee met for the first time in Dallas throughout the day on Thursday. The new committee, formed of both USL and team representatives, discussed numerous topics including new commercial opportunities that would offer the chance for the league’s continued growth.

With a variety of executives from across the league, USL President Jake Edwards left the meeting feeling very positive about the discussions within the group, and by the sense of opportunity the team executives brought to the meeting.

“It’s a really engaged and experienced group,” said Edwards. “I’m struck by how engaged they were in moving the league forward and building value for the whole enterprise. We had substantive discussions around the new commercial guidelines, the implementation of national sponsorships at a local level, and discussed a number of areas relating to league-wide licensing programs, relating to international exhibition tours and other marquee events we have.”

FC Cincinnati President Jeff Berding was one of the 11 team executives within the room. Bringing with him not only his experience in leading FCC to remarkable success this season, but also his time with the Cincinnati Bengals, Berding thought the level of experience within the committee was in evidence throughout the discussions, which included topics such as national sponsorships and broadcast partnerships.

“The experience that’s on the committee from the executives of many of the top clubs certainly shows the quality of the USL,” said Berding. “Many of the executives on the committee have experience from other professional sports leagues in the United States, and during the discussions those experiences – whether it be in MLS or the NBA or Major League Baseball or the NFL – were all drawn upon to help take the USL to the next level.”

Louisville City FC President Amanda Duffy, who had previously served as an executive within the USL, said the introduction of the new committee was evidence of the league’s strength, and how far the league had come in recent years.

“It just shows the growth [of the league], having been at USL myself and knowing that these types of conversations weren’t happening to the degree that they’re happening today,” Duffy said. “Today was a jumping off point of what we want to focus and concentrate on to get us in a position from a team standpoint and a league standpoint three to five years from now to make sure everyone’s in a winning, profitable situation on both sides. It was a good conversation, good dialogue to start with, and I look forward to us as a group continuing that conversation as we go forward.”

The new committee will have continued discussions prior to the next USL Board of Governors meeting, which is set for the USL Winter Summit in December, but according to Edwards it will also provide a key link to the club’s commercial departments, which will be tasked with implementing the league’s recommendations and requirements at a local level.

As the USL pushes toward the 2017 season next spring, however, there is a major sense of optimism regarding where the league stands currently, and the direction it is moving.

“The fact that we’ve got 11 experienced club executives together flying into Dallas to talk about some crucial topics says a lot about the evolution of the league, and the sophistication of the league nowadays, and about the commercial opportunities and possibilities that we’re now facing,” said Edwards. “Having this kind of group to be able to capture those opportunities and best position the league to take advantage of future opportunities in the next three-to-five years, there was a real sense of excitement about that, there was a real sense of pride in terms of where we’ve all come as a group over the last few years and where we’re at, now having these meetings.

“I think there’s also a real enthusiasm for having these committee meetings, and having this level of decision-making, because ultimately it’s all about getting buy-in from the ownership, it’s about sharing the vision of growth for the enterprise with the ownership, and the ownership understanding we have to pursue these opportunities because that pushes the game forward and pushes the whole enterprise forward.”