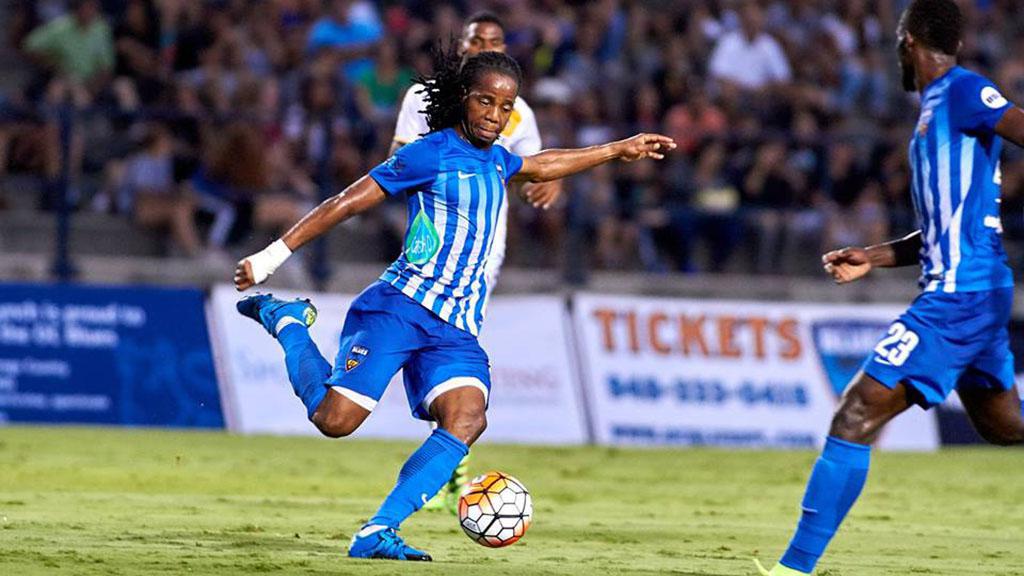 OTTAWA – Ottawa Fury FC announced on Thursday the addition of defender Andrae Campbell and forward Sito Seoane, as the club added the first new faces to its squad for the 2017 USL season. Both signings are pending league and Federation approval.

Campbell joins Fury FC after spending last season with Orange County Blues FC, where the Jamaican defender where he featured in 18 games and logged in nearly 1,000 minutes. The 27-year-old also boasts International experience having represented his country nine times.

“Andrae is a player that I’ve known for a while and he brings great energy, great athleticism and great 1v1 play on the outside,” said Fury FC Head Coach Paul Dalglish. “With us playing with a three center-backs system and his ability to get up and down the field and defend, he’ll be a huge asset for us.”

The Portmore, Jamaica native started his professional career in 2006 with his hometown club Portmore United in the Jamaican’s first division where he played until 2011, before joining Waterhouse Football Club for one season also in National Premier League.

The following two seasons, the 5-foot-10 left-back moved to Norway to play for the Notodden FK, before making the move to the USA and joining Wilmington Hammerheads FC for two seasons. Campbell has made 61 regular-season appearances in the USL over the past three years.

Seoane, 27, spent the last two years playing in the Iceland Premier League, with IBV in 2015 and Fylkir Reykjavík FC in 2016 where he scored 16 goals in 44 appearances. The 5-foot-10 forward is a familiar face for Dalglish who coached Sito during the 2013 season with the Austin Aztex where they captured the PDL Championship. In 18 games in Austin, Sito notched nine goals and four assists leading the club to its first championship, and was named the PDL Championship Game MVP after recording a pair of goals in a 3-1 victory against the Thunder Bay Chill.

“Sito is a similar player to Carl Haworth and he represents the right player profile for me and the way I want our team to play,” said Dalglish. “He’s a high-tempo, high-energy player that plays angry – meaning that he consistently shows a desire to win the ball back. He also has an ability to score goals so he’s going to be a great addition for our squad.”

The 27-year-old forward is thrilled to be back in North America and aims to help the team have success in 2017.

“I'm very excited and I can't wait for next season to start,” said Seoane. “I've heard and seen really good things about the organization and about the fan base and that's really important for a player. The decision was easy for me because Paul is the coach and I already worked for him, so I know that he can get the best out of me.”

Seoane grew up I grew up in La Coruña, Spain and started his youth career in his hometown, playing for Montañeros, Maravillas, Eiris and Laracha. In 2013 he moved to the United States to play college soccer for San Jacinto College in Houston, where he won first team All-American honors both years and led the nation in scoring in his sophomore year that also earned him a nomination for the player of the year award. In his two years with San Jacinto he scored 46 goals and added 25 assists in 37 games.

His successful two years in San Jacinto earned him a tryout with MLS side Houston Dynamo in 2014, which was followed by a move to Southern New Hampshire University where he earned his Bachelor degree in Business Communications, before moving to Iceland, where he spent the last two years.