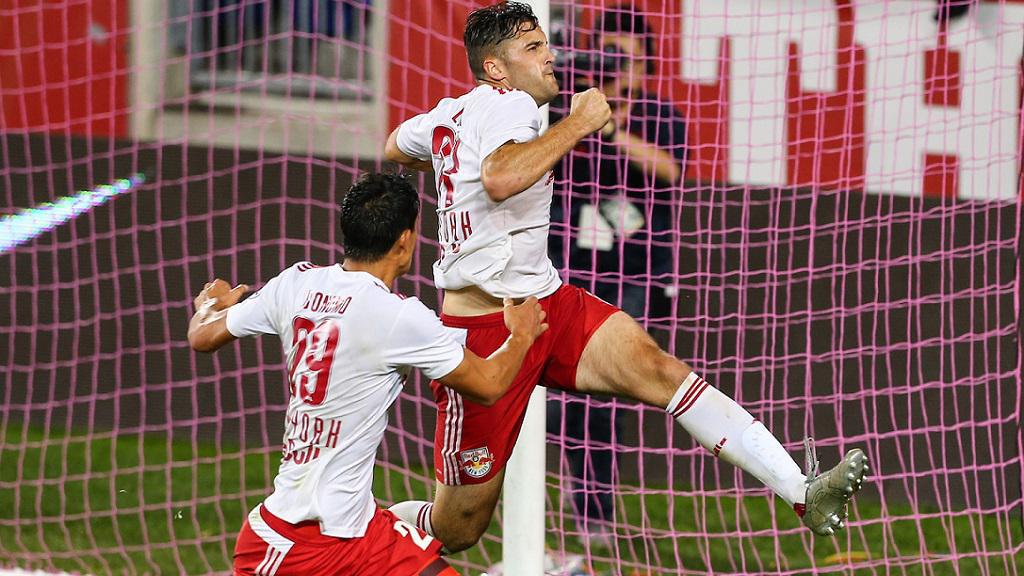 Wherever he had played, Brandon Allen had found his way consistently to the back of the net.

As he entered his first professional season, after signing as a Homegrown Player with the New York Red Bulls last December, the question wasn’t necessarily whether that trend would continue as he competed for the Red Bulls II, but how much success he could achieve.

After setting a USL rookie record with 15 goals in the regular season, and capping his season with a hat trick to earn USL Cup Final MVP honors, the path ahead for the 2016 USL Rookie of the Year appears to lead nowhere but up.

“Right after the Georgetown season I was very confident, and going into the USL I think I was confident, but I also wanted to prove myself,” Allen said recently. “Toward the end of the season, I was feeling better about the way things were going, and I think my game started to get even better as the season went on.”

Two goals in his first professional outing against Toronto FC II gave a taste of what was to come, as Allen’s instincts around the penalty area, and ability to find space to finish immediately put him among the top strikers in the USL. Having worked with Allen as part of the Red Bulls Academy, Coach John Wolyniec knew what he could expect game-in and game-out from the former Georgetown University and Baltimore Bohemians standout.

“With Brandon, I think one, it’s an inner confidence, and then two, it’s just a sense of where and when the ball is going to be in a certain spot,” Wolyniec said. “Some people know where it’s going to be, but maybe are a little late or a little early. Brandon just seems to have good timing with the way he arrives in spots, and as a forward I’m extremely envious of his left foot. He hits the ball clean every time, so he doesn’t need a ton of chances to score goals, all he needs is the one.”

That sense of timing may be instinctual at times, but it’s also something Allen has developed over time. This season, getting the chance to work alongside Red Bulls standout Bradley Wright-Phillips – this year’s winner of the MLS Golden Boot – helped him sharpen those instincts as he progressed into the professional ranks.

“Getting into the right spots, knowing where the ball’s going to land is a very good instinct to have as a striker,” said Allen. “I think Bradley has that as well, so that’s why it’s been good to learn from him and take some pieces from his game and put them into mine.”

What Wright-Phillips has been to the Red Bulls this season, Allen certainly has been to the Red Bulls II. As strong as his regular season performances were, which earned him his Rookie of the Year honor, Allen found another level in the playoffs. His two-goal performance in the Eastern Conference Semifinals of the USL Cup Playoffs saw him keep his cool from the penalty spot in the penultimate minute of overtime to send the contest with the Rochester Rhinos to a penalty shootout the Red Bulls II would win, while his hat trick in the USL Cup Final was a testament to his knack for being in the right place at the right time.

“He just finds ways and the combination of his ability to find good spots, get there on time and be consistent and clean with his finish,” said Wolyniec. “I rarely see him hit the ball over the goal. He’s very consistent with the way he strikes the ball, especially with his left foot, and he can score with his right and with his head a little bit, so obviously the first thing is the left foot, but there are some other things as well."

The run through the playoffs was gratifying to Allen, not only because of the role that he played, but because of the manner in which the young Red Bulls II side went toe-to-toe with two extremely strong clubs in Rochester and Louisville City FC. New York trailed to both Eastern Conference foes, but found a way to come through when it mattered, making their eventual USL Cup victory that much sweeter.

“I think it’s just because we’re such a family,” Allen said. “We knew exactly what we had to do at the time, and in those moments you come together, you don’t put your head down, you just give each other confidence and keep that belief that you’re going to find a way to find that goal to tie it up or win the game.

“Lifting the trophy was probably the best feeling because we’d worked all season for it, to finally have that at the end of the year felt really good.”

While there’s still work to be done this offseason, with Allen looking to find the same timing he has in the penalty area in other areas of the field, and Wolyniec looking for sharper off-the-ball work in the Red Bulls’ pressing style, both believe this is just the start of something big for the 23-year-old.

“He’s shown that trend line will continue,” Wolyniec said. “If he can continue to improve his ability to work in the press and work on holding the ball and shielding off ball, winning second balls and combining with players a little bit more, he’s shown he can do that, and as long as he continues working on that I can see him getting a good chance at MLS to show that he can score at that level as well.” 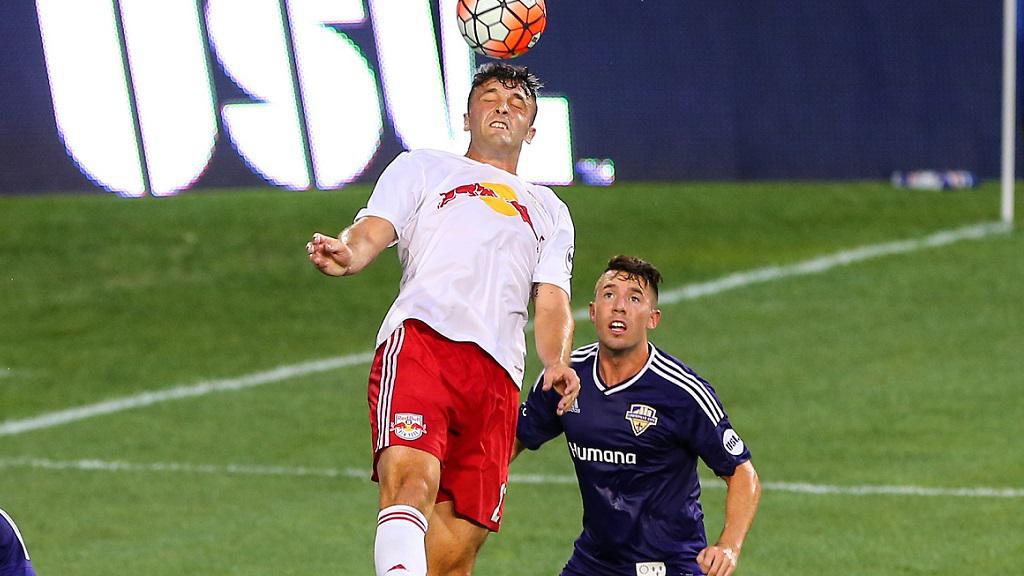