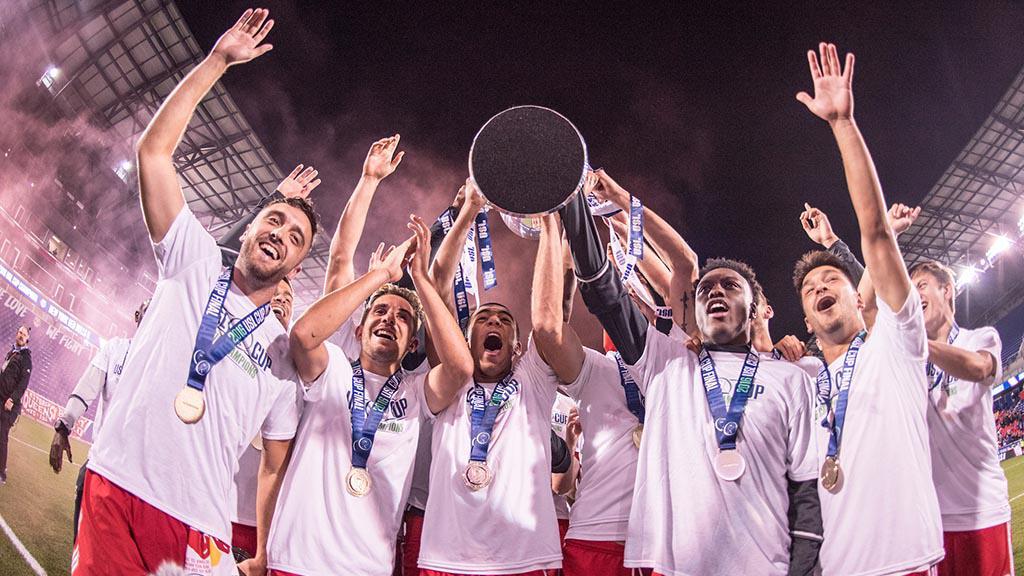 HARRISON, N.J. – Brandon Allen recorded the second hat trick in USL Cup Final history as the New York Red Bulls II took a 5-1 victory against the Swope Park Rangers on Sunday night in the 2016 USL Cup Final, Presented by Nike, in front of a crowd of 5,547 at Red Bull Arena. The Red Bulls II had the better of the early going, and took the lead in the 18th minute as Derrick Etienne Jr. capitalized after Allen had intercepted a poor pass by Swope Park’s Tyler Pasher to send a low curled shot found the right corner of the net. David Najem almost doubled the lead for the hosts, as his chipped finish went just wide after a brilliant one-two with Florian Valot at the top of the penalty area. Najem created the Red Bulls II’s second of the night six minutes before the break, however, as he broke forward to intercept a loose clearance, and slide a low cross that found Allen, who controlled and finished into the right corner. The Rangers came out more brightly to start the second half, and had Ayrton send a good effort just over the crossbar eight minutes after the break. Dane Kelly also fired wide from the top of the penalty area, but the breakthrough arrived with 17 minutes to go when Tomas Granitto’s innocuous-looking free kick eluded everyone in the penalty area and snuck into the right corner of the net. The Red Bulls II put the game away in the final five minutes, however, as Allen struck twice to complete his hat trick, converting a rebound in the 85th minute, and a low cross by Stefano Bonomo with two minutes to go, and Vincent Bezecourt  added the fifth in stoppage time.

Brandon Allen, New York Red Bulls II – Only the second player to record a hat trick in the USL Cup Final after Dom Dwyer for Orlando City SC in 2013, Allen rose to the occasion to also add an assist in a championship performance.