Young Canadian has been effective throughout the lineup for Swope Park 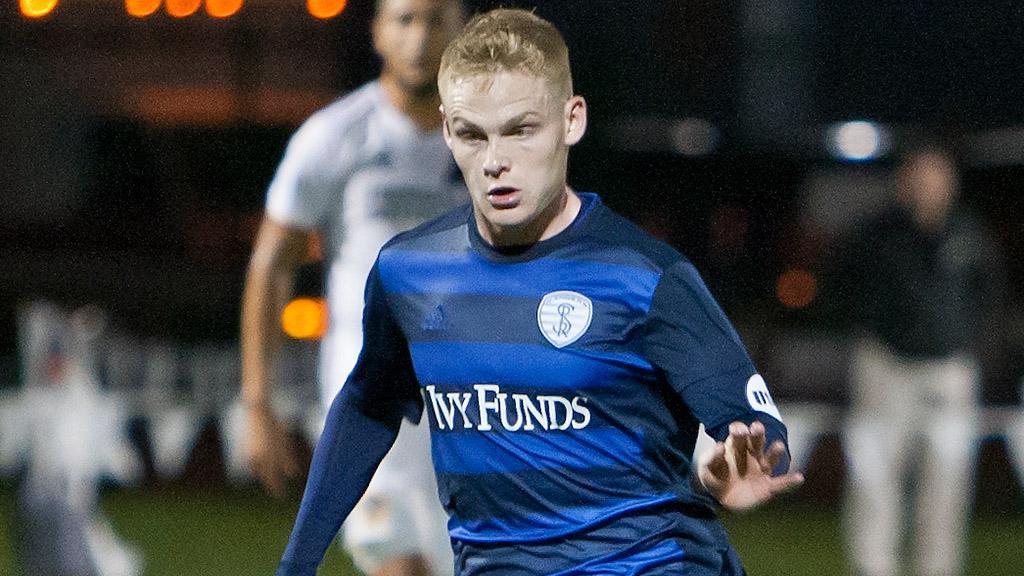 Unofficially, the young Canadian has acted as a Swiss Army Knife for Coach Marc Dos Santos, and has played effectively no matter where he lines up on the field.

Need some speed and an attacking edge in your attacking line? Pasher knocked in five goals this season.

Need someone who can hold their own defensively, and put pressure on opposing defenses on the break? Pasher can do that too, performing admirably at left back in the Rangers’ 3-0 victory against Vancouver Whitecaps FC 2 on Saturday night in the Western Conference Final of the 2016 USL Cup Playoffs.

“[Dos Santos has] just asked me to do the job that needs to be done, and whatever job it is, I do it, no questions asked,” Pasher said after Saturday’s game. “I’m comfortable playing left back, left wing, center forward, wherever he needs me, as long as it helps the team.”

Now 22 years old, Pasher arrived with the Rangers after helping the Pittsburgh Riverhounds reach the USL Cup Playoffs a season ago in his first season in the league. A connection with Dos Santos through his brother brought Pasher to the Rangers for the club’s inaugural season.

“[Dos Santos] told me about the club,” Pasher said. “It was a great opportunity to possibly become part of the first team, so I saw it as a good test for me to see if I could get myself up into the MLS team.”

Pasher has achieved that this year, making his debut on loan with Sporting Kansas City in the CONCACAF Champions League this summer. The call-up, alongside fellow SPR standouts Kris Tyrpak, Amer Didic and Ualefi, rewarded what has been a very productive summer, which has also seen the Rangers catch fire to advance to this Sunday’s 2016 USL Cup Final, Presented by Nike, against the New York Red Bulls II. 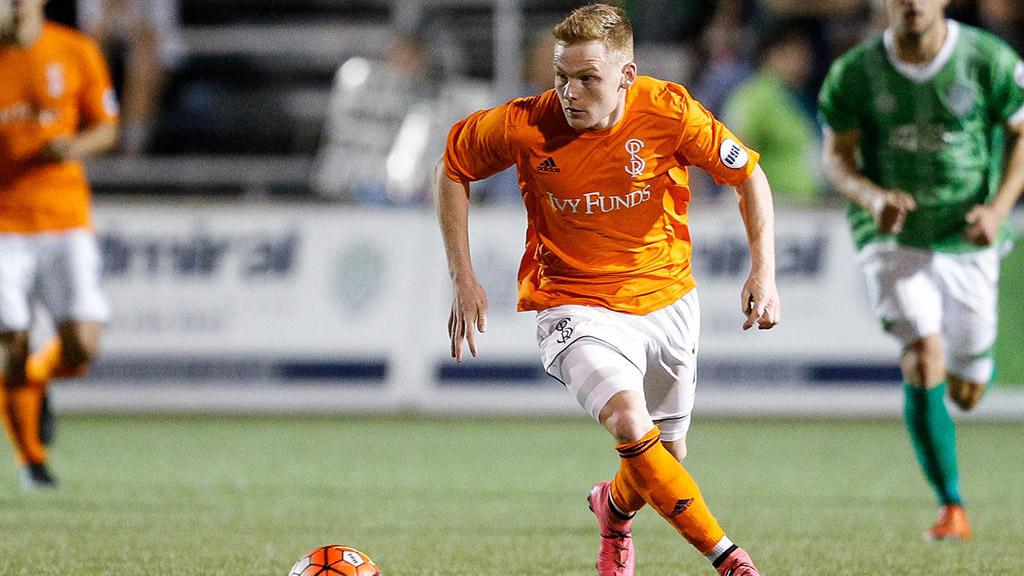 There’s been a strong Canadian influence on that success, with Pasher and Rangers Defensive Player of the Year Didic being joined by Rangers Offensive Player of the Year Mark Anthony Gonzalez in playing a key role to the club’s surge over the past two months. The fourth member of the club’s contingent from north of the border in Jonathan Grant – formerly of FC Montreal – also put in a strong performance on Saturday, as he stepped in opposite Pasher at right back after seeing limited action in the regular season.

“We have a lot of hidden talent up there,” Pasher said. “I think you’ll be seeing a lot more Canadians coming down, because we have a lot of talent.”

With the versatility he’s shown this season, this offseason could be a very interesting one for Pasher. Before that, there’s still one more game to be played, and one more trophy to be claimed.

“At the beginning of the year with the way our team was looking, I saw us going really far,” Pasher said of his side’s USL Cup chances. “[A win on Sunday will take] exactly what it took tonight. The same kind of momentum, the same kind of desire and brotherhood and believing in ourselves.”