A standout in the USL’s history, the Colombian is helping grow the game in Charlotte 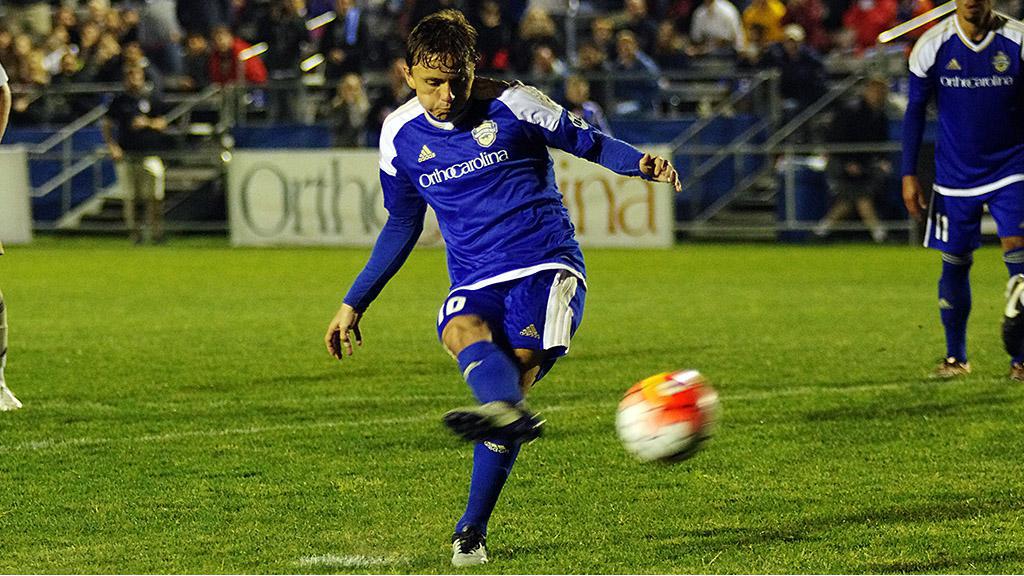 Colombian attacking midfielder Jorge Herrera has been a fixture in the Charlotte soccer scene for the past 10 seasons, first for the Charlotte Eagles, and for the past two seasons with the Charlotte Independence. One of the USL’s all-time leaders in goals (40) and assists (25), Herrera has not only played a role in the success of his teams on the field, but has also become a leader off the field.

For Hispanic Heritage Month, USLSoccer.com caught up with the 36-year-old ahead of the Independence’s first trip to the postseason about his journey through soccer in the United States.

Q: You’ve been playing professionally in Charlotte since 2007, was there anything in particular that made you come to the United States to pursue your career?

A: When I decided to come to the United States, I was looking for a fresh start for my career, a place where I could grow up as a person as well as a soccer player. At that time, it wasn’t easy to make this decision, but family and friends encouraged me to move here, and I’m glad I did it.

Q: What was the transition to the United States like, coming from Colombia?

A: My transition from Colombia to U.S. was fairly smooth thanks to the group of people that I found in the Charlotte Eagles organization. One of the main challenges for me coming here was the language. Although I wanted to learn English as one of my goals coming here, it took me a while to be able to fully express myself the way I am able to now.

Q: You’re one of the all-time leaders in USL history in goals and assists. Do you think much about what you’ve achieved in the league?

A: I don’t really think much about what I’ve done in the league throughout these years. There will be time to do that later. Right now, I’m still working on achieving goals for my team. We have a unique opportunity in front of us on these playoffs, and we are ready and all in to go and take it.

Q: The USL looks very different now than it did five years ago. That even includes the Independence replacing the Eagles in Charlotte. What has it been like to see the way the league has evolved?

A: It has been pretty exciting to see the way our league is growing up and getting stronger and stronger every year. As a soccer player, it is exciting to compete with good teams and in front of big crowds, and our league is raising the level of play and attracting more fans every season.

Q: From our end, it seems like more players from overseas, including Central and South America, are coming into the league. Are you getting that same sense of a greater diversity in the league’s players?

A: Definitely. There are more players coming from all over the world to play in our league. USL is becoming more attractive and challenging to footballers every year. I’m very excited about this because it means our league is getting exposure worldwide. I’m looking forward to see what is next for USL in the future. 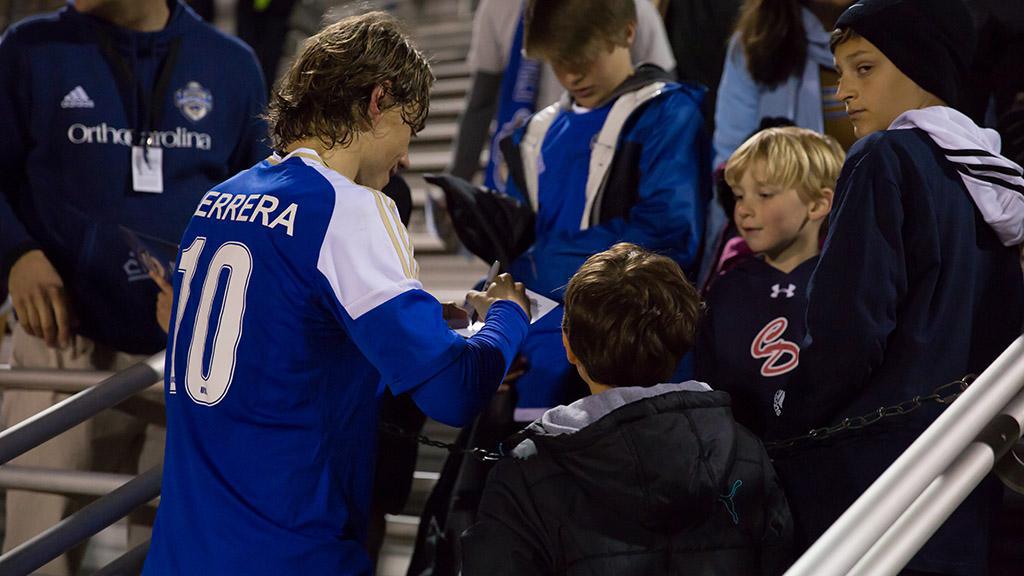 Q: We’ve heard on the team’s broadcasts this year you’re getting into coaching in Charlotte as well, are you enjoying getting the chance to influence young players coming up hoping to follow in your footsteps?

A: I’ve been coaching in Charlotte since I joined the Eagles. It has been an honor for me, to have this opportunity to serve our community in Charlotte. To be honest, coaching was not one of the things that I had in mind when I moved here, but it has been a great experience, and I’m enjoying it more every day.

Q: Do you see yourself pursuing coaching full-time when your career comes to an end? Maybe coaching in the USL one day?

A: To be honest, I’m not sure what is next after my soccer career. Coaching could be a great opportunity to keep enjoying the game from another side, but right now, I’m feeling great both mentally and physically to keep playing. So, I’m praying to be able to enjoy my career for a couple more seasons.

Q:  You’re 36 now, but you’re still going strong. How much fun are you having still competing at a high level alongside some of the younger guys that are in the league nowadays?

A: I’m having so much fun playing soccer nowadays. Not just competing alongside younger guys but mainly for the chance that I have to serve and encourage them to become better persons and athletes.