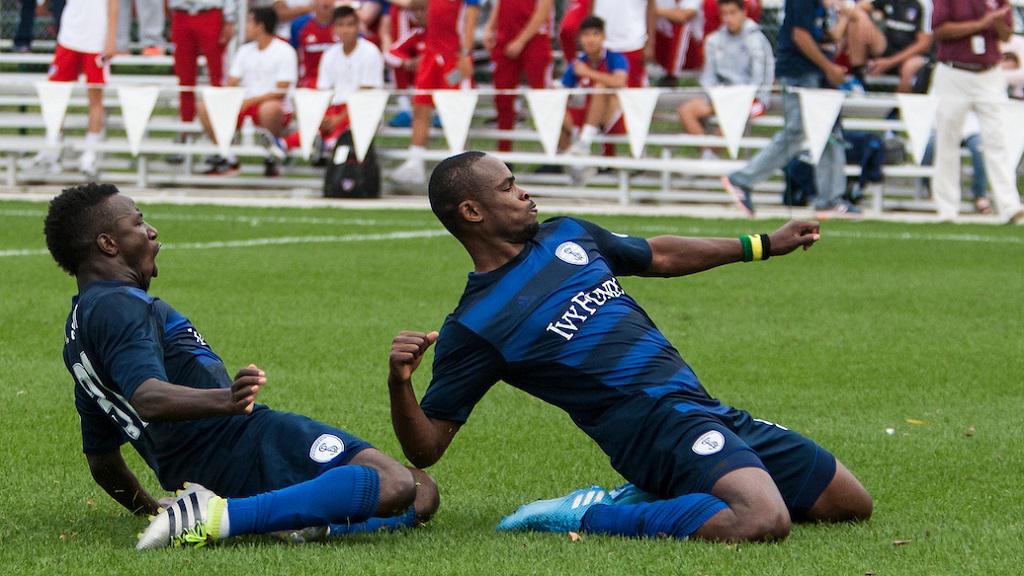 KANSAS CITY, Mo. – The Swope Park Rangers were reduced to nine men toward the end of regulation and the entirety of overtime during their conference semifinal match Sunday. Despite that massive hurdle, USL all-time goal-scoring leader Dane Kelly tallied a colossal 105th-minute goal as the fourth-seeded Rangers’ defense held strong the rest of the way for a thrilling 2-1 victory against eighth-seeded Orange County Blues FC during the Western Conference Semifinals of the 2016 USL Cup Playoffs at Children’s Mercy Victory Field at Swope Soccer Village. Swope’s Mark Anthony Gonzalez gave his side the early lead, but things took a big turn when Swope’s outside backs eventually hit the showers early. In the 69th minute, Swope was reduced to 10 men when Ever Alvarado was sent off. Orange County needed one minute after the sending off to find the equalizer through second-half sub Max Rauhofer. Then in the closing stages in the 88th minute, Tommy Meyer was sent off with a studs-to-the-groin to Orange County’s Akwafei Ajeakwa, putting Swope in a bind with just nine men. The Blues had the clear-cut advantage with two extra players, but they were unable to make strong use of the situation as Kelly catapulted the Rangers into the Western Conference Final. Swope will now host sixth-seeded Vancouver Whitecaps FC 2 on Saturday.

USLSoccer.com Man of the Match:
Dane Kelly, Swope Park Rangers – Kelly’s shorthanded tally – reduced to nine men – in overtime led the Rangers to what appeared to be an improbable mountain to climb to advance to the conference final.