City advances back to Eastern Conference Final with 1-0 win in front of 6,581 at Slugger Field 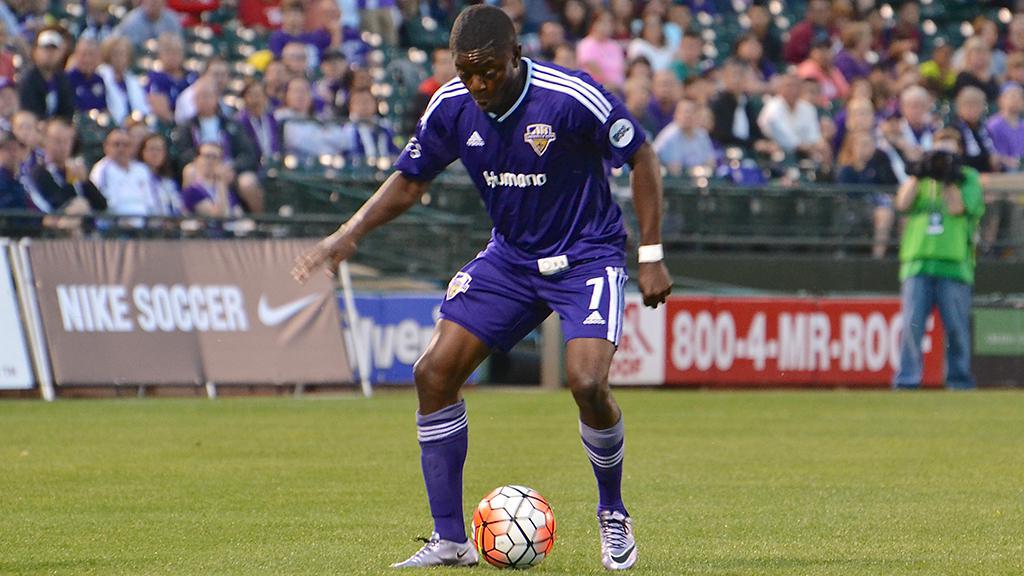 LOUISVILLE, Ky. – Kadeem Dacres scored the only goal of the game as Louisville City FC took a 1-0 victory against the Charleston Battery in the Eastern Conference Semifinals of the 2016 USL Cup Playoffs in front of 6,581 fans at Slugger Field. Louisville opened the game sharply, and Magnus Rasmussen forced a good save in the 24th minute from Battery goalkeeper Alex Tambakis with a turning volley from the top of the penalty area. Charleston came close against the run of play as Maikel Chang fired a low shot from a free kick that City goalkeeper Greg Ranjitsingh turned wide. The teams exchanged chances late in the half as Dacres had a low shot saved by Tambakis, and Shawn Ferguson’s header for Charleston was saved by Ranjitsingh, but the game went to the break scoreless. Battery forward Romario Williams almost grabbed his side the lead moments into the second half, only for Ranjitsingh to deflect his shot wide. Louisville took the lead eight minutes after the break, however, as a chipped ball over the top by Sean Reynolds found Dacres for a low finish from the right side of the penalty area. Charleston pressed to get back into the game, but Louisville was able to hold the better of possession, and earned a return trip to the Eastern Conference Final.

Kadeem Dacres, Louisville City FC – Dacres was a threat throughout the night, both out wide and when he drifted inside, and scored the decisive goal to send Louisville back to the Eastern Conference Final.