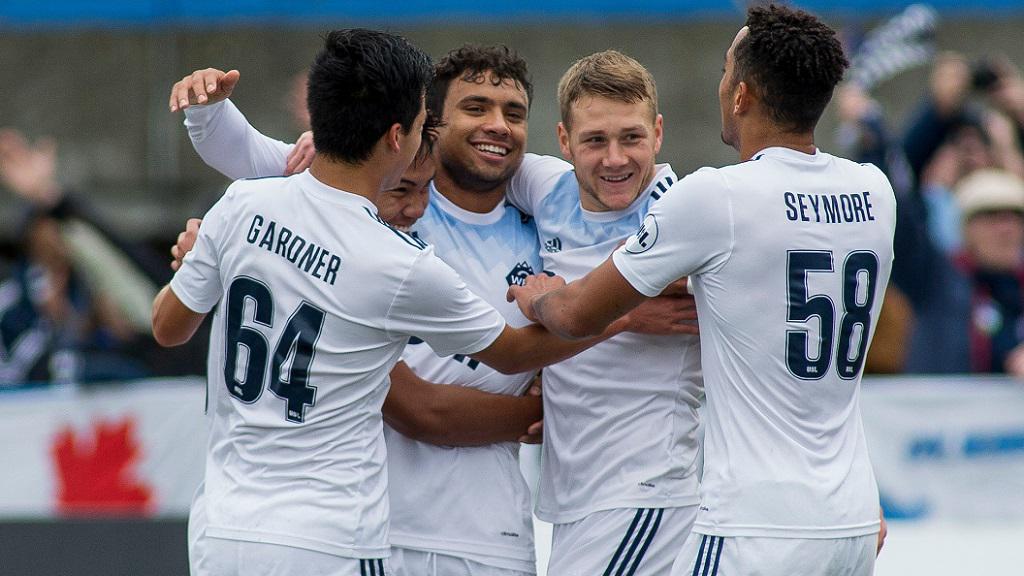 VANCOUVER, B.C. – Vancouver Whitecaps FC 2’s Daniel Haber tallied an 89th-minute score as sixth-seeded WFC2 defeated seventh-seeded OKC Energy FC 3-2 on Saturday in the Western Conference Semifinals of the 2016 USL Cup Playoffs at Thunderbird Stadium. Kianz Froese and former Energy FC player Kyle Greig provided the other scores for Vancouver, which had enjoyed a 2-0 lead early in the second half. Energy FC, coming off an improbably rally against Rio Grande Valley FC a week ago, rallied once again with Danni Konig tallying in the 60th minute and then Timo Pitter carving an impressive 22-yard strike in the 80th minute to tie the score at 2-2. Vancouver found one more chance in the waning minutes and Haber patiently waited for the right moment to slot the ball past OKC goalkeeper Cody Laurendi for the winner. WFC2, in the midst of its first poseason, will face either the fourth-seeded Swope Park Rangers or eighth-seeded Orange County Blues FC in the conference final. Swope and Orange County face each other Sunday in the conference semifinal stage.

USLSoccer.com Man of the Match:
Daniel Haber, Vancouver Whitecaps FC 2 – Haber tallied the winning goal for Vancouver, and he nearly had a goal in the 60th minute that at the time could have put the match out of reach if not for a strong stop from Cody Laurendi.