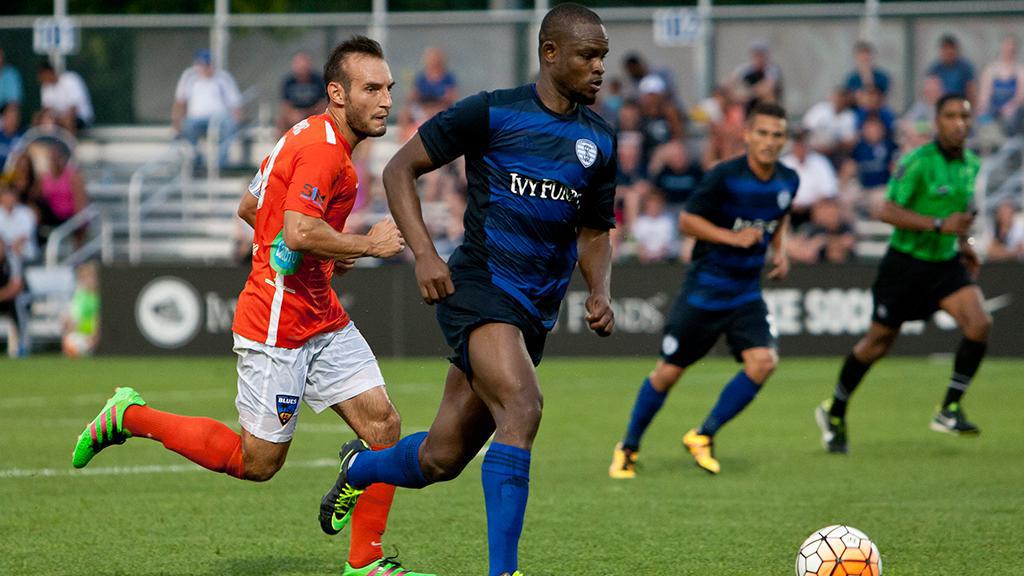 KANSAS CITY, Mo. – The No. 4-seed Swope Park Rangers will face a second consecutive Southern California squad with a clash against No. 8 seed Orange County Blues FC in the Western Conference Semifinals of the 2016 USL Cup Playoffs on Sunday afternoon at Children’s Mercy Victory Field. Kickoff is set for 3 p.m. CT.

Swope Park Rangers – M Ualefi: The 22-year-old Brazilian picked up his fifth assist of the season in the Rangers’ victory against the Galaxy II, and will be looked at to come up big in a crucial midfield battle against the experienced Blues’ duo of Ivan Mirkovic and Richard Chaplow. Ualefi finished the regular season with the second-most minutes played in the squad, trailing only captain Christian Duke, and has been integral to the Rangers’ successful run into the postseason.

Orange County Blues FC – F Akwafei Ajeakwa: The Blues will be without leading goalscorer Trevin Caesar this weekend due to international duty with Trinidad & Tobago, which means the responsibility to lead the attack could fall to Ajeakwa. The 24-year-old had a positive performance against Republic FC, and has the speed to stretch the Rangers’ attack if he can get in behind, but will need to be sharper in front of goal with only one goal and two assists in the regular season.