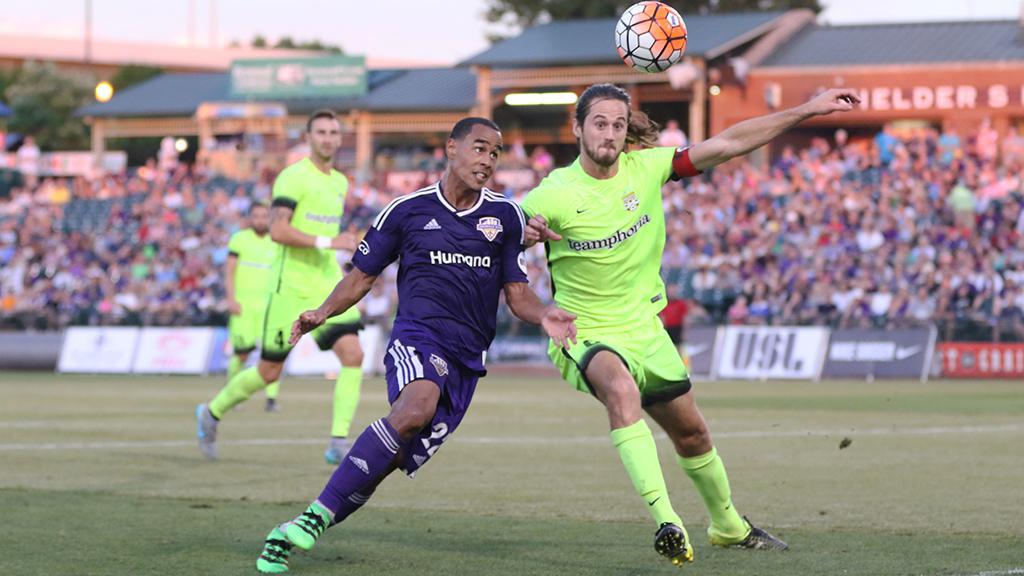 LOUISVILLE, Ky. – The No. 2-seed Louisville City FC and No. 6-seed Charleston Battery will meet at Slugger Field for a second consecutive season in the Eastern Conference Semifinals to determine which side will advance in the 2016 USL Cup Playoffs on Saturday night. Kickoff is set for 7:30 p.m. ET.

Louisville City FC – M Kadeem Dacres: Dacres looked sharp for much of Louisville’s victory in the previous round, and could again play a key role against the Battery with his speed out wide and ability to find a telling pass or cross into the penalty area. His combination play with Kyle Smith – who had a goal and assist when Louisville took victory in Charleston earlier this season – could play a key role in unlocking the Battery’s defense.

Charleston Battery – F Romario Williams: The Jamaican forward didn’t find the net in the Battery’s win against Cincinnati, but caused problems for the opposing defense as he finished the game with three shots, one of which was on target. Williams’ combination of strength and speed will likely get put to good use against Louisville, with Charleston likely aiming to try and hit on the counter-attack and get Williams into one-on-one situations with City center backs Paco Craig and Sean Reynolds.