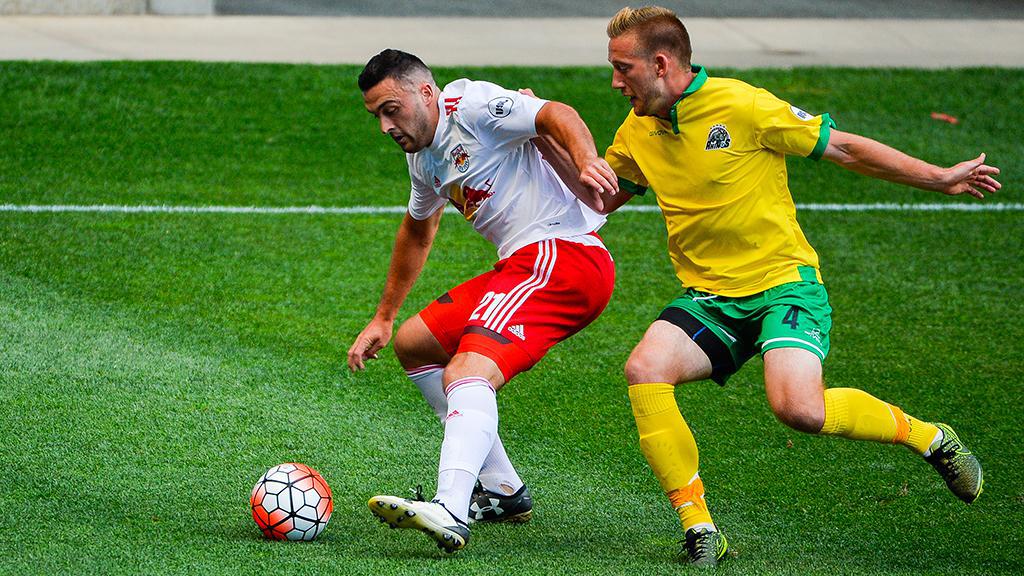 HARRISON, N.J. – The USL Regular Season champion New York Red Bulls II plays host to the No. 4 seed Rochester Rhinos in the Eastern Conference Semifinals of the 2016 USL Cup Playoffs on Friday night at Red Bull Arena, with the two teams set to renew acquaintances at the same stage that they met in last season’s postseason. Kickoff is set for 7 p.m. ET.

New York Red Bulls II – F Brandon Allen: The standout rookie notched his 16th goal of the season in Saturday’s victory against Orlando, but will face a big test against a Rhinos defense that remains one of the best in the league. Allen will need to be sharp should he get a sight of goal against Rochester, but he’ll arguably be even more important to the side in its build-up play, creating space and picking out the right passes to allow the Red Bulls II’s attacking trio of midfielders to play the type of game they’re capable of.

Rochester Rhinos – M Kenardo Forbes: The veteran Jamaican doesn’t necessarily have the numbers that might show it, but watching Forbes you get the feel for how important he has become for the Rhinos over the past two seasons. Often, he’s the player making the pass before the pass that sets up the goal for the side, finding the seams in an opposing defense that gets players in down the flanks. His matchup against the Red Bulls II’s holding midfield duo – likely to be Dan Metzger and Tyler Adams – will be crucial to the contest as a whole.