Zendejas Coming into Own For Rangers 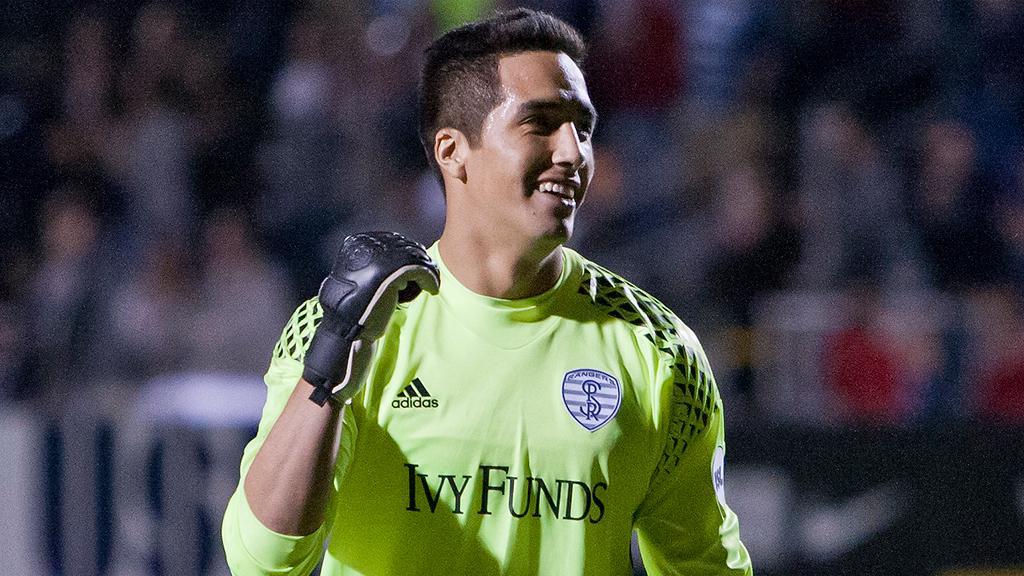 Since his arrival in June, the 21-year-old native of Chula Vista, Calif. has gone 6-0-0 in his six starts for the side, and posted a 0.33 goals-against average, and a .895 save percentage. After notching a four-save shutout in the club’s 3-0 victory against the LA Galaxy II to open the 2016 USL Cup Playoffs on Friday night, Zendejas’ sentiment matched that of his teammates.

“We are so excited,” he said. “Our first year as Swope Park Rangers, we wanted to do something big.”

Zendejas arrived at the Rangers from Liga MX side Xolos de Tijuana, where he had competed for the U20 team after signing in 2014. He was quickly embraced by his new teammates, and worked his way toward the starting lineup. On August 27, his chance arrived – coincidentally against the Galaxy II – and a string of good performances solidified his place in the side.

“Once I got here these guys welcomed me with open arms,” said Zendejas of the welcome he received. “I feel like I joined the team. Perfect timing.”

Zendejas’ performance last Friday in the Western Conference Quarterfinals was indicative of the displays he’s put on since ascending into the lineup. At 6-foot-5, Zendejas has a strong command of his penalty area, but has also proven adept at making the big save at the big moment. His two denials of Ariel Lassiter in the first half helped keep SPR in the game as Los Dos created the better chances in the first half.

“Very good saves,” said Rangers Coach Marc Dos Santos. “This is what you need from your ‘keeper. He makes one or two saves to keep you in the game, when you’re not doing that well or they have a little bit more of the pressure on us and they score, right? Then it changes the game, but Adrian did those two saves that kept us in it.”

Now the highest remaining seed in the Western Conference, and with seven wins in their past eight contests, the Rangers appear to have momentum on their side. With Orange County Blues FC up next on Sunday afternoon, though, the side’s focus is on the here and now.

“We made history just by going to playoffs but it’s not done yet,” Zendejas said. “We’ve got to keep grinding.”