Davis, Hoffman on target as City advances with 2-0 victory against Richmond 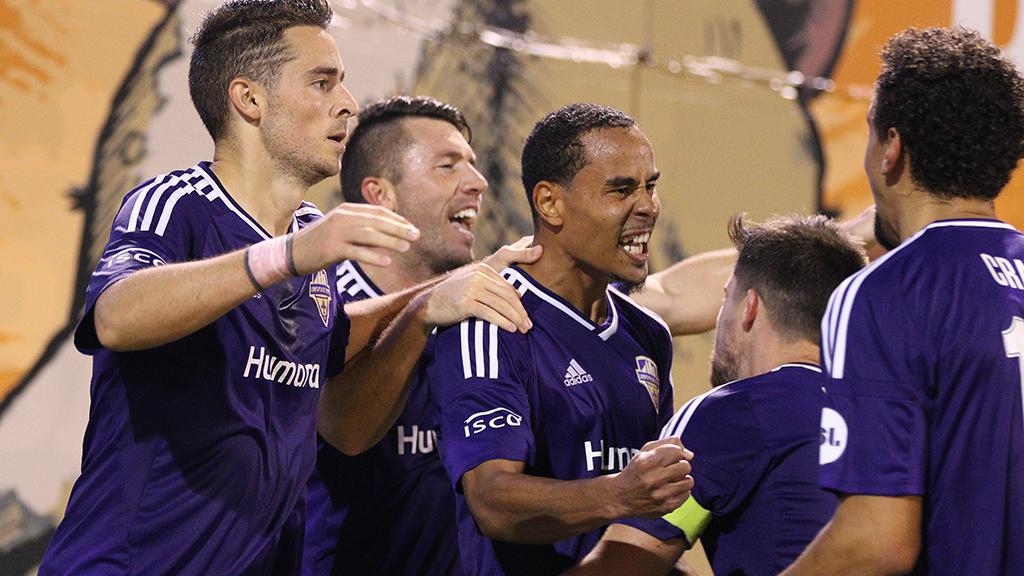 LOUISVILLE, Ky. – Louisville City FC needed overtime, but took a 2-0 victory against a Richmond Kickers side that had to play most of the game down to 10 men in the Eastern Conference Quarterfinals of the 2016 USL Cup Playoffs on Sunday night in front of 5,467 fans at Slugger Field. The Kickers absorbed an early blow when Samuel Asante was sent off in just the fourth minute for a high challenge on Louisville’s Magnus Rasmussen, but almost took the lead in the 13th minute as Louisville goalkeeper Greg Ranjitsingh had to save well from William Yomby’s header off a corner. Louisville’s first good chance also came off a set piece, as a free kick by Cameron Lancaster from the left was dummied at the near-post by Tarek Morad, but Kickers goalkeeper Andrew Dykstra punched clear as he quickly shifted to save. Louisville stepped up the pressure at the start of the second half, and almost took the lead five minutes after the break when Kadeem Dacres’ volleyed shot from 25 yards forced a big save from Dkystra. Aodhan Quinn also sent a shot to the bottom-right corner just past the hour-mark that was turned wide, while Yudai Imura headed off the line from a header by Paco Craig. Dykstra continued to stand tall as Louisville pressed, sending the game to overtime scoreless as Ilija Ilic had his shot saved, but George Davis IV struck for the hosts with a low shot to the right corner early in the first extra period. Chandler Hoffman doubled Louisville’s lead in the 102nd minute as a pass into the penalty area by Dacres gave him the angle to slip around Dykstra and find the back of the net, and that proved the decisive blow to send Louisville through.

Andrew Dykstra, Richmond Kickers – Dykstra ended up on the losing side on Sunday night, but his 10-save performance was the best on the field as the 10-man Kickers battled manfully before coming up short.