Rhinos Prove Too Much for Independence 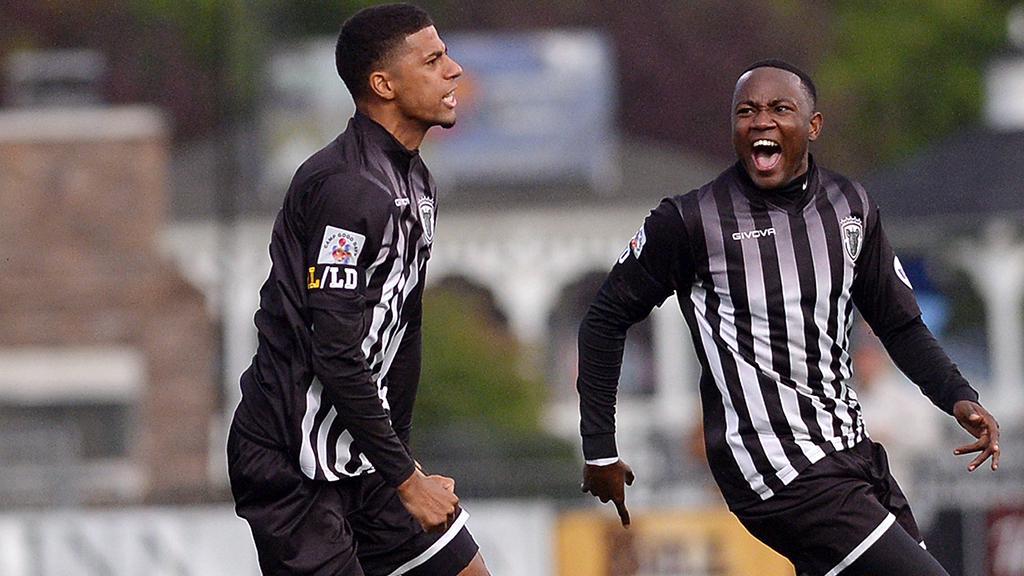 ROCHESTER, N.Y. – The No. 4-seed Rochester Rhinos took a 3-1 victory against the No. 5-seed Charlotte Independence in the Eastern Confernce Quarterfinals of the 2016 USL Cup Playoffs on Saturday night at Rhinos Stadium as a pair of early goals set up the defending champions for victory. The Rhinos struck in just the seventh minute when they were awarded a free kick centrally 30 yards from goal. Wal Fall curled his shot around the Independence wall, and into the bottom-left corner of the net. 16 minutes later, they made it two as Steevan Dos Santos stole possession and squeezed a shot underneath John Berner to give the hosts a strong grip on the contest. Rochester’s Kenardo Forbes went close again before the half-hour mark as Charlotte struggled to find a foothold. Charlotte opened the second half much more brightly, but was unable to find a breakthrough, and the Rhinos wrapped up victory with 20 minutes to go as Kenardo Forbes’ cross was poorly cleared by the Independence defense, and Sofiane Tergou knocked home the finish. The Independence pulled back a consolation with 15 minutes to go through Aly Hassan, but then saw their frustrations get the better of the game as they finished the game with eight men as first Jack Metcalf, then Jun Marques Davidson, then Enzo Martinez were sent off before the final whistle, allowing the Rhinos to close out the win comfortably.

Wall Fall, Rochester Rhinos – Fall scored the opening goal off a great free kick, and was strong throughout the game as the Rhinos took a strong home win to open the defense of their title.