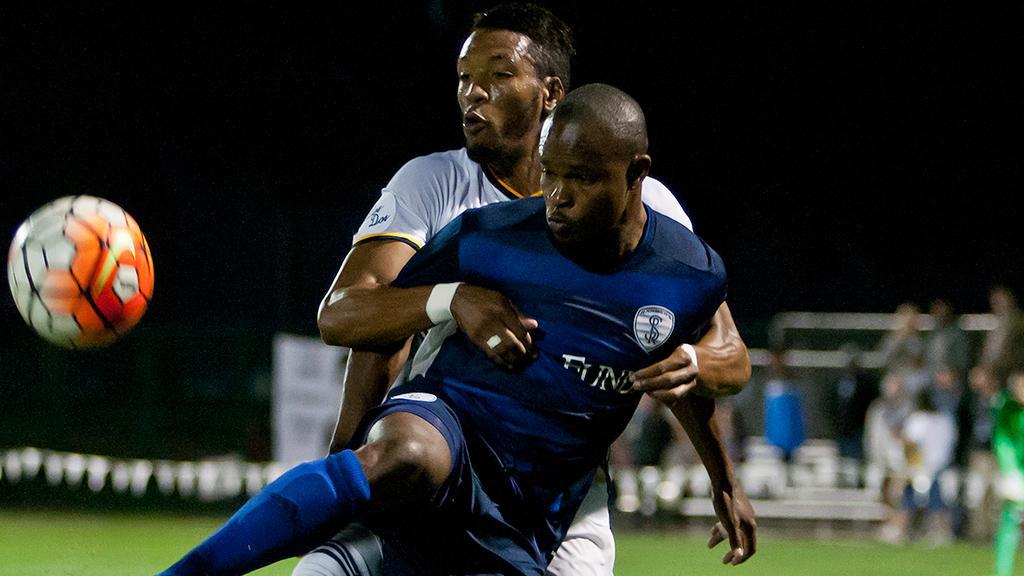 KANSAS CITY, Mo. – The Swope Park Rangers scored three times in the final 15 minutes to defeat a 10-man LA Galaxy II 3-0 in the Western Conference Quarterfinals of the 2016 USL Cup Playoffs on Friday night at Children’s Mercy Victory Field. After a physical opening, the Galaxy II’s Jaime Villarreal almost opened the scoring in the 21st minute with a shot with the outside of his right boot that flashed just wide of the left post. Ariel Lassiter forced a big save from SPR goalkeeper Adrian Zendejas for Los Dos moments later, and had a shot deflected wide by Oumar Ballo after a Swope Park turnover. Lassiter again forced a save from Zendejas with a shot from 25 yards four minutes before the break, while SPR’s Kris Tyrpak had a shot blocked. Swope Park went close early in the second half as Tyler Pasher’s cross just eluded Dane Kelly at the top of the six-yard area. The Galaxy II were reduced to 10 men when Jose Villarreal received his second yellow card in the 65th minute, and the Rangers almost grabbed the lead moments later when Kelly’s shot from 20 yards was turned wide by Galaxy II goalkeeper Clement Diop. With 14 minutes to go, however, the Rangers struck as Pasher took a second chance to cross from the left that found Tyrpak at the back post for a free header into the left corner of the net. Pasher passed up a chance to double the lead with less than 10 minutes to go as he looked to find Kelly instead of shooting, but the Rangers put the game away through Mark Anthony Gonzalez, who scored twice in stoppage time as the Galaxy II chased the game.