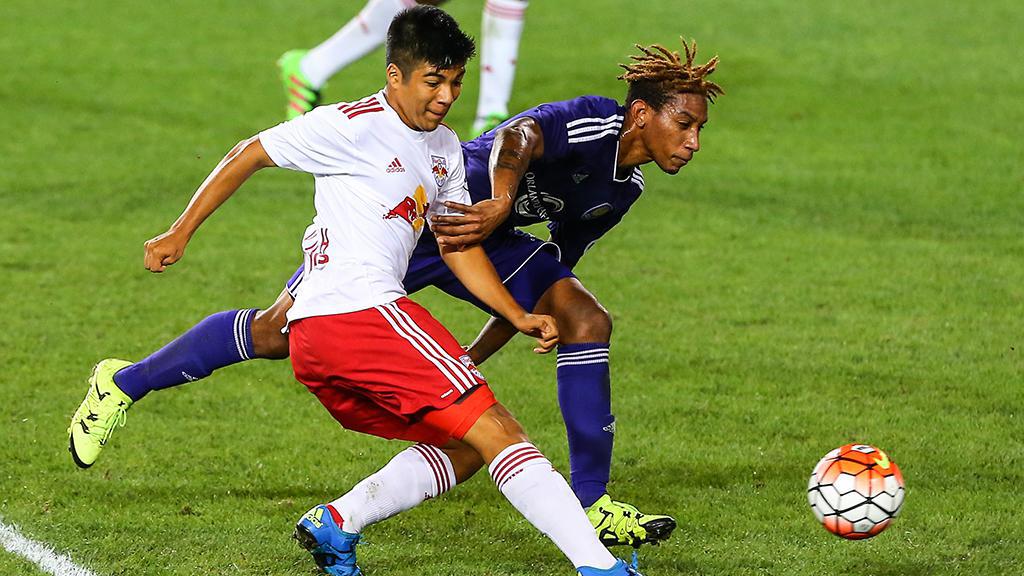 HARRISON, N.J. – The USL Regular Season champion New York Red Bulls II plays host to the No. 8 seed Orlando City B on Sunday afternoon at Red Bull Arena in the Eastern Conference Quarterfinals of the 2016 USL Cup Playoffs, with the Red Bulls II looking to continue their record-setting form of the regular season in the pursuit of more silverware. Kickoff is set for 4 p.m. ET.

Orlando City B news and notes

New York Red Bulls II – M Derrick Etienne Jr.: Etienne appeared as an Academy signing for the Red Bulls II in the club’s inaugural season, but after playing his freshman season at the University of Virginia signed as a Homegrown Player with the Red Bulls’ MLS squad. In 2016, he not only made his MLS debut, but also became the key creative force in the Red Bulls II’s midfield, finishing tied for the team-high with six assists. The No. 3 player in the USL’s 20 Under 20 series this summer, he’ll now aim to lead the side to even greater success in the postseason.

Orlando City B – M Pierre Da Silva: A product of Orlando’s Academy system, Da Silva signed with the USL club before the start of its inaugural season, and went on the play impressively for both OCB and the U.S. U19 and U20 National Teams. The No. 15 selection on the USL 20 Under 20 has the playmaking ability to provide leading scorer Michael Cox with the service he needs as Orlando looks to break down the best defense in the USL this season.