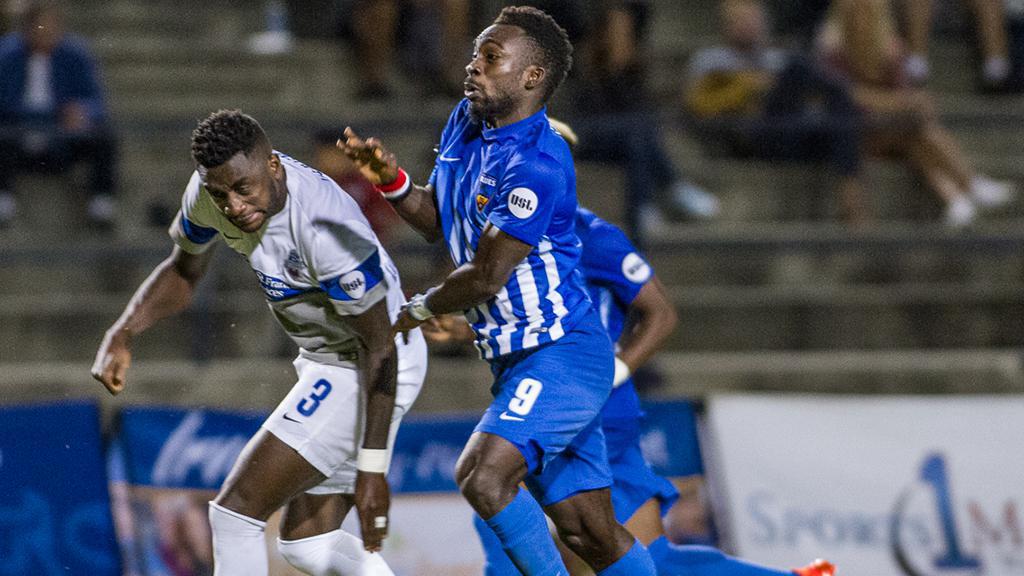 TAMPA, Fla. – Orange County Blues FC forward Trevin Caesar has been voted the USL Player of the Week for the final week of the 2016 season after his two-goal performance against Colorado Springs Switchbacks FC sent the Blues into the 2016 USL Cup Playoffs. Caesar scored twice in the closing stages of Orange County’s 4-0 win to push the Blues past the Portland Timbers 2 on goal differential on the final Saturday of the regular season.

Caesar received 62 percent of the poll conducted by a national panel of independent media representing every USL market. Villyan Bijev of the Portland Timbers 2 finished second with 31 percent. 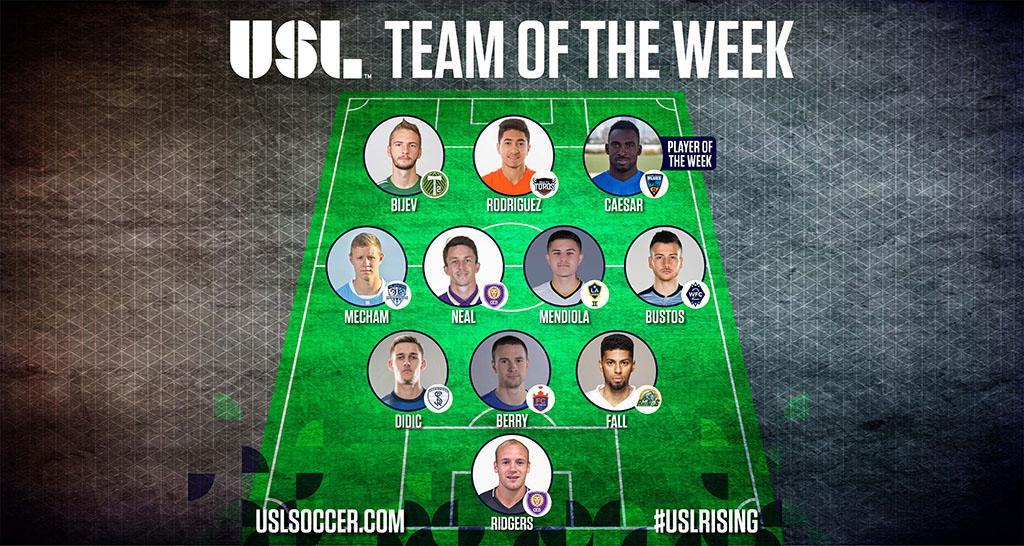 GK – Mark Ridgers, Orlando City B: Ridgers posted a five-save shutout as OCB took a 2-0 win against Bethlehem Steel FC to clinch a place in the postseason.

D – Amer Didic, Swope Park Rangers: Didic scored his first professional goal against Seattle on Saturday, and was solid defensively in both of the Rangers’ victories to close out the season.

D – Austin Berry, FC Cincinnati: Berry put in a strong performance as Cincinnati closed out its regular season with a 1-0 victory on the road against Pittsburgh.

D – Wal Fall, Rochester Rhinos: Fall was both solid defensively, and got forward to aid the attack as the Rhinos earned the No. 4 seed in the East with 1-0 win against Toronto.

M – Michael Mecham, Wilmington Hammerheads FC: Mecham sealed a victory for the Hammerheads as the side closed the season with a 2-0 win against Richmond.

M – Lewis Neal, Orlando City B: Neal notched a highlight-reel finish, and was crucial in the center of midfield, as Orlando earned a playoff berth with victory in Bethlehem.

M – Raul Mendiola, LA Galaxy II: Mendiola scored what proved to be the game-winner, and was creative throughout, as Los Dos closed the season with a 3-1 win against Real Monarchs SLC.

F – Trevin Caesar, Orange County Blues FC: Caesar’s two late goals were pivotal as the Blues overtook Portland for the No. 8 seed in the West with a 4-0 win against Colorado Springs.

F – Memo Rodriguez, Rio Grande Valley FC: Rodriguez notched a pair of assists to lead the Toros past San Antonio FC, and into second place in the Western Conference.

F – Villyan Bijev, Portland Timbers 2: Bijev earned a second successive berth as he finished the season with two goals and one assist in a 3-2 win against Arizona United SC.

FOLLOW THE USL
The 2016 USL Cup will air live on ESPNU on Sunday, October 23 at 8 p.m. ET. Every other game of the 2016 USL Cup Playoffs will be available on the league’s Playoff Center, with updates from across the league also available via Twitter, Facebook, Vine and Instagram.