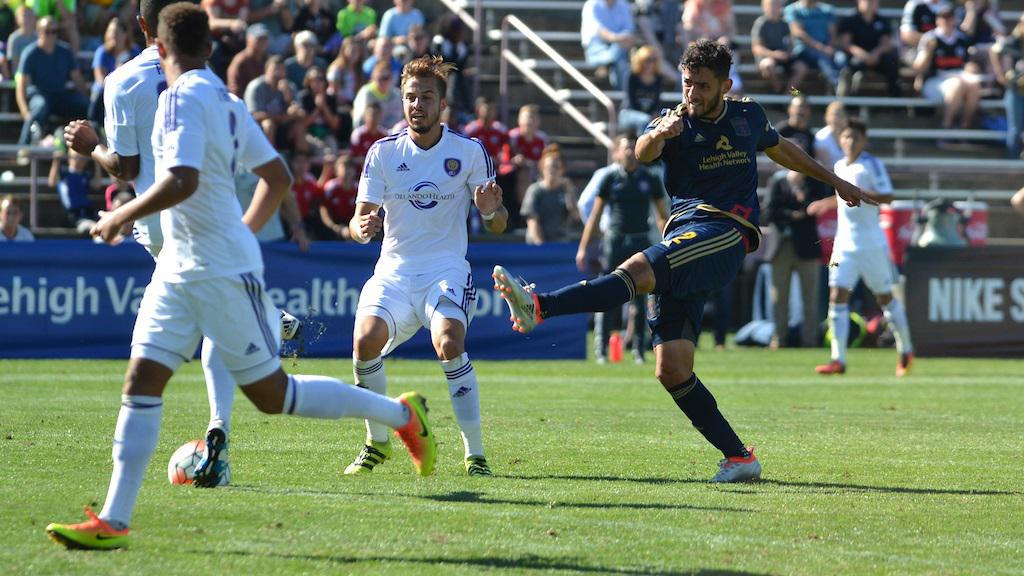 BETHLEHEM, Pa. – For weeks, Orlando City B had been in a prime position to earn a berth to the 2016 USL Cup Playoffs. Following a five-game losing streak and eight-game winless streak (0-7-1), OCB finally put an end to those skids that temporarily put them on the outside of the postseason picture this weekend, earning a much-needed 2-0 victory against Bethlehem Steel FC on Sunday at Goodman Stadium. Wilmington Hammerheads FC (8-12-10, 34 points) had moved into eighth place Saturday following its 2-0 victory against the Richmond Kickers to go two points ahead of Orlando, forcing the expansion side into a must-win situation on the final day of the regular season. OCB stepped up in the moment as Johnny Mendoza’s ninth-minute goal from Michael Cox gave the visiting side the early advantage and Lewis Neal tallied in the second half to put the match away. Orlando finishes the regular season with a 9-13-8 record (35 points) overall and 5-8-2 on the road. OCB had last its previous six road games. Fellow 2016 expansion side Bethlehem saw its season come to a close as the Steel moved to 6-14-10 (28 points) overall and 4-6-5 at home, ending the season with a 12-game winless streak (0-8-4). Orlando, as the No. 8 seed in the Eastern Conference, will next face the top-seeded New York Red Bulls II in the conference quarterfinals on Sunday at Red Bull Arena.

USLSoccer.com Man of the Match:
Lewis Neal, Orlando City B – The OCB veteran placed a beautiful volley into the upper left corner for a two-goal cushion to cement a spot in the postseason during Orlando’s regular-season finale.