Visiting side rallies in front of STLFC record crowd of 6,004 at World Wide Technology 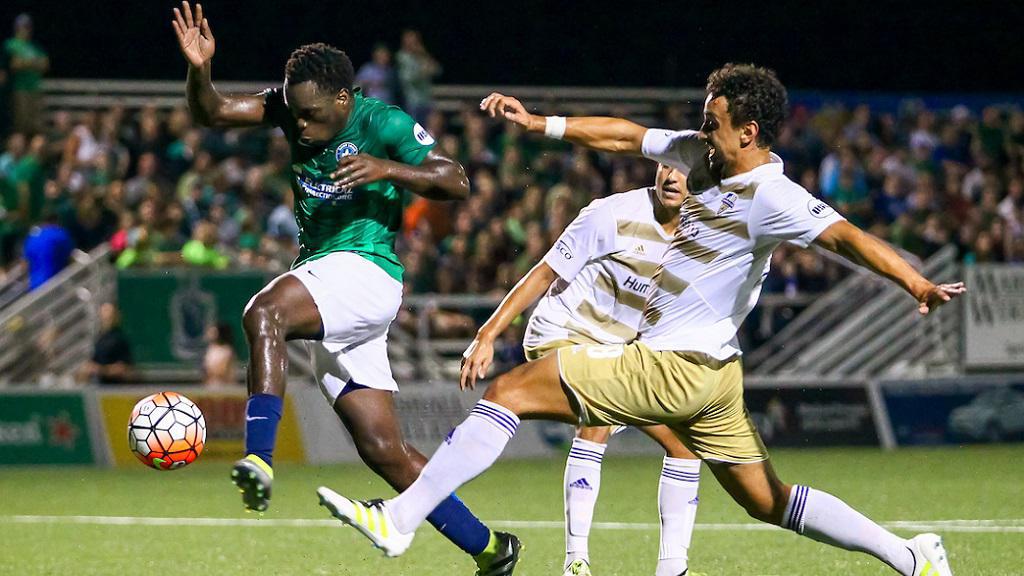 FENTON, Mo. – Louisville City FC rallied from an early deficit to post a 5-1 victory against Saint Louis FC on Saturday in front of a sellout crowd of 6,004 – a club record – at World Wide Technology Soccer Park. Louisville defended its Kings’ Cup crown in a derby that has turned into a conference crossover clash with Saint Louis heading to the Western Conference this year. LouCity defeated STLFC 2-0 on May 14 at Slugger Field in the other meeting this season. Saint Louis’ Jordan Roberts tallied the game’s first goal, but after James Musa was sent off in the 35th minute, it was all Louisville the rest of the way. Magnus Rasmussen recorded a second-half brace while Kadeem Dacres and Cameron Lancaster notched first-half goals. Louisville extends its winning streak to four games, improving to 15-6-8 (53 points) overall and 11-2-2 on the road. Saint Louis falls to 8-12-9 (33 points) overall and 4-4-7 at home as STLFC was officially eliminated from contention for a spot in the 2016 USL Cup Playoffs.

USLSoccer.com Man of the Match:
Kadeem Dacres, Louisville City FC – Dacres drew the sending off against James Musa and then tallied the equalizer, playing a big role in the game’s turning point to jumpstart LouCity’s rally.