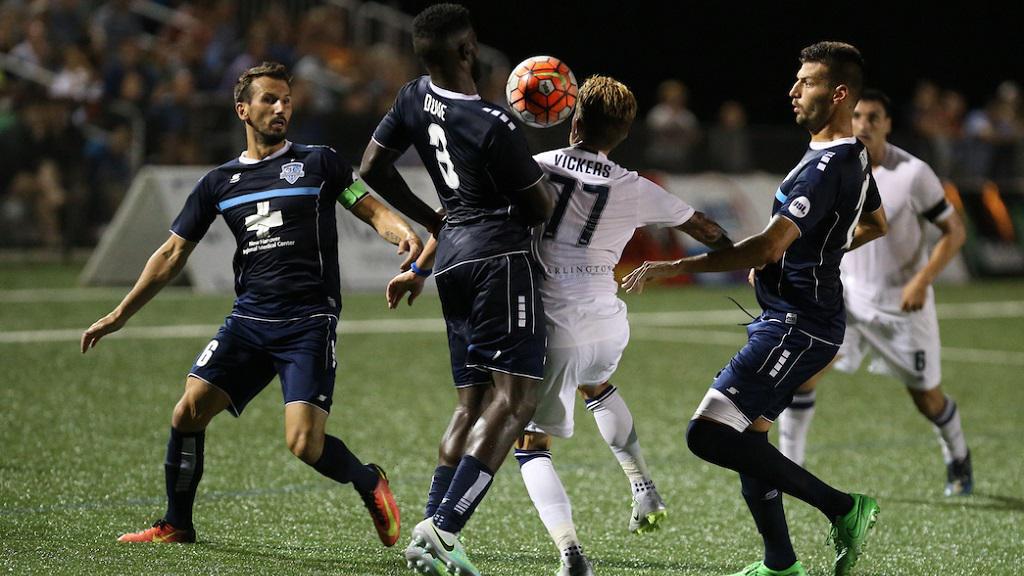 MILLERSVILLE, Pa. – The Harrisburg City Islanders found a late equalizer from Bobby Warshaw as they played Wilmington Hammerheads FC to a 1-1 draw on Saturday at Pucillo Field on the campus of Millersville University. The City Islanders’ postseason hopes came to a close though, and for the Hammerheads, it was a missed opportunity to move into the driver’s seat in the race for the postseason. With Orlando City B falling 1-0 to FC Cincinnati on Saturday, Wilmington was in position to move ahead of OCB in the Eastern Conference standings with one match remaining, thanks to Austin Martz’s third-minute tally. The Hammerheads were not able to hang on as they had to settle for a point and is now one point behind Orlando for that coveted eighth and final East spot in the 2016 USL Cup Playoffs. Wilmington moves to 7-12-10 (31 points) overall and 3-7-5 on the road. Harrisburg is now 7-15-7 (28 points) overall. The City Islanders finished the home slate winless in their final 10 games (0-6-4).

USLSoccer.com Man of the Match:
Austin Martz, Wilmington Hammerheads FC – Martz put his side in a strong position on the road with the game's opening goal as Wilmington now trails Orlando by just one point for that final postseason spot.