Cincinnati clinches third in East with 1-0 win vs. Orlando in regular-season home finale 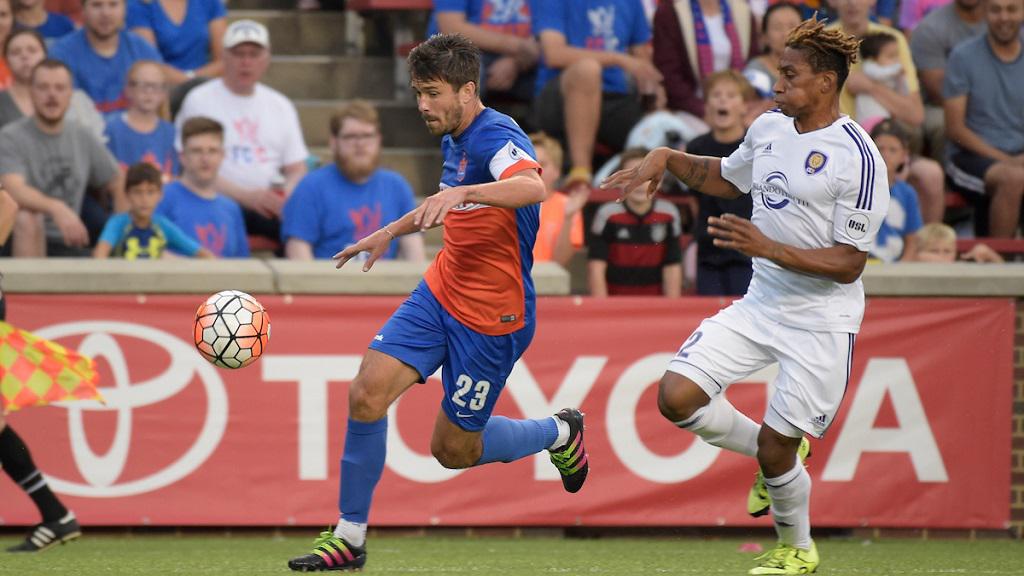 CINCINNATI – FC Cincinnati continues to give its record-setting fan base some thrills during its inaugural USL season. In the 81st minute, Casey Townsend headed home the winning goal off of an Eric Stevenson cross to earn a 1-0 victory on Saturday in front of a USL-record crowd of 24,376 at Nippert Stadium. This marked the third time this season Cincinnati has established a new regular-season high in the league, previously drawing 23,375 for its 1-0 win against the Pittsburgh Riverhounds on May 14. The win, combined with the Charlotte Independence's 1-0 loss to the Rochester Rhinos, clinched third place in the East for Cincinnati as it will host an opening-round game in the 2016 USL Cup Playoffs. Cincinnati improved to 15-6-8 (53 points) overall and 9-2-4 as it extended its unbeaten streak to four games (3-0-1). Orlando is still clinging to eighth place, but only by a thread as Wilmington Hammerheads FC drew 1-1 against the Harrisburg City Islanders on Saturday to now trail OCB by only one point in the East standings. Orlando is 8-13-8 (32 points) overall and 4-8-2 on the road. OCB has lost six consecutive road matches. In the first meeting between the two expansion sides, Cincinnati grabbed a 3-1 win at the Titan Soccer Complex in Melbourne, Fla.

USLSoccer.com Man of the Match:
Andrew Wiedeman, FC Cincinnati - Though he didn't find the score sheet, Wiedeman kept the ball rolling with several close chances, especially in the first half, and wound up with six shot attempts in all.