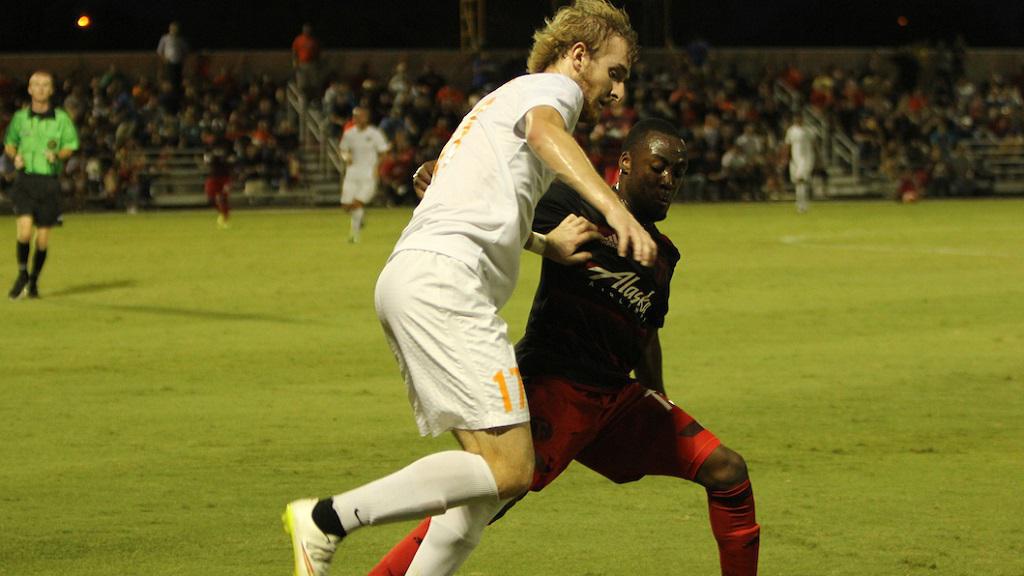 EDINBURG, Texas – The Portland Timbers 2, already out of the postseason picture, battled for a 1-0 victory against Rio Grande Valley FC on Saturday at Toro Stadium. RGV gained a berth to the 2016 USL Playoffs on Friday, but the Toros have higher hopes, including a potential Western Conference lead. A win would have put RGV into the top spot, but Portland’s Brent Richards tallied a 60th-minute goal and T2 ended the Toros’ 10-game unbeaten streak (6-0-4). Portland moves to 9-14-4 (31 points) overall and 3-9-1 on the road. RGV falls to 12-6-9 (45 points) overall and 6-3-5 at home. In the only other meeting of the season between these two sides, RGV earned its first victory of the season at the Timbers 2, posting a 2-0 victory at Merlo Field on April 8.

USLSoccer.com Man of the Match:
Brent Richards, Portland Timbers 2 - Richards scored the game's lone goal and T2 held a RGV side that had been unbeaten in 10 straight.