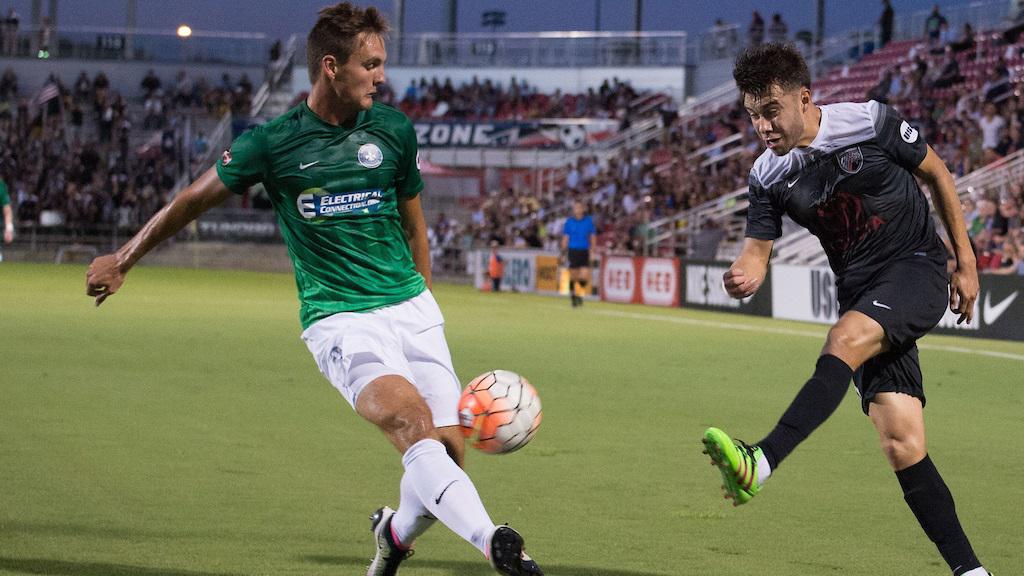 SAN ANTONIO – Saint Louis FC’s top goal scorer Irvin Herrera notched a hat trick as STLFC went on the road to earn a 3-1 victory against San Antonio FC on Saturday at Toyota Field. Carlos Alvarez scored a first-half goal for San Antonio. Saint Louis has had its road struggles, but the club broke free for a fourth victory away from Fenton, Mo. STLFC is now 8-11-9 (33 points) overall and 4-8-2 on the road. San Antonio was hovering just under the postseason red line, and Saturday’s loss was a massive setback as the host club entered the night trying to challenge the Swope Park Rangers for the eighth spot. San Antonio dropped to 9-10-8 (35 points) overall and 6-4-4 at home.

USLSoccer.com Man of the Match:
Irvin Herrera, Saint Louis FC – Herrera set the tone with two goals in the opening 16 minutes and eventually found a third to lead his side to the road victory.