Okoli’s Brace Ignites Cincy in Front of 17,415 at Nippert 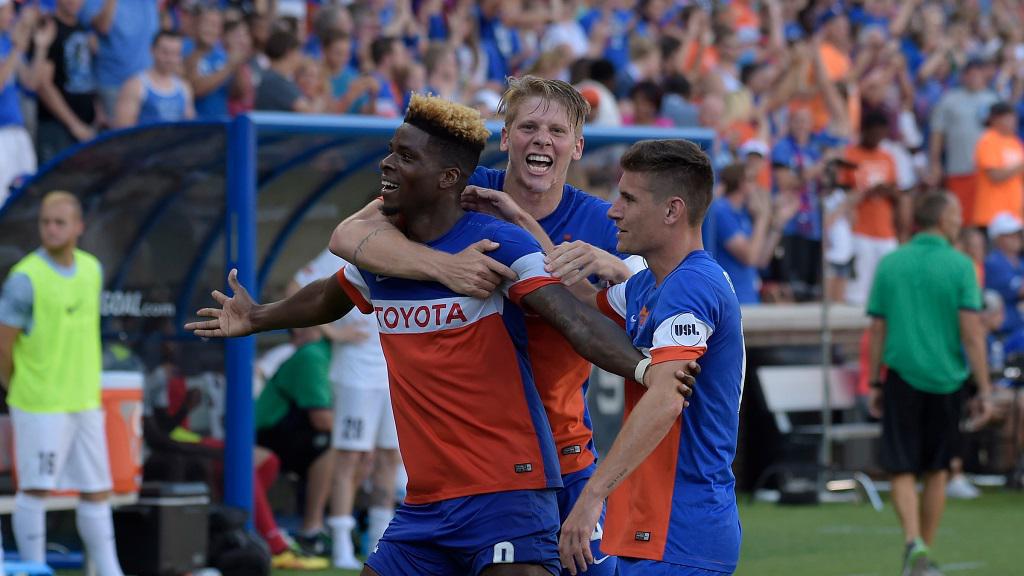 CINCINNATI – FC Cincinnati had a dominant performance against Saint Louis FC, and it was late before things finally came around for the host side. Sean Okoli tallied twice in the closing minutes, including a stoppage-time penalty kick, as Okoli lifted Cincinnati to a 2-1 victory in front of 17,415 fans at Nippert Stadium in the USL Game of the Week on ESPN3. Okoli redirected an Andrew Wiedeman ball from the left in the 84th minute, only to have STLFC’s Patrick Doody find the equalizer in the 86th minute. It appeared a draw was ultimately going to be the result, but Cincinnati drew a foul in the box in stoppage time and Okoli confidently converted the PK for the winner. Cincinnati moves back into third place in the Eastern Conference with the win, improving to 13-6-7 (46 points) overall and 8-2-4 at home. The club also ended its first two-game losing streak. Saint Louis drops to 7-11-9 (30 points) overall and 3-8-2 on the road. STLFC is now 0-5-1 in its past six road games and in the midst of a seven-game winless streak (0-3-4) overall.

USLSoccer.com Man of the Match:
Sean Okoli, FC Cincinnati – With his brace and PK winner, Okoli now has 14 goals and is one shy of the USL lead.