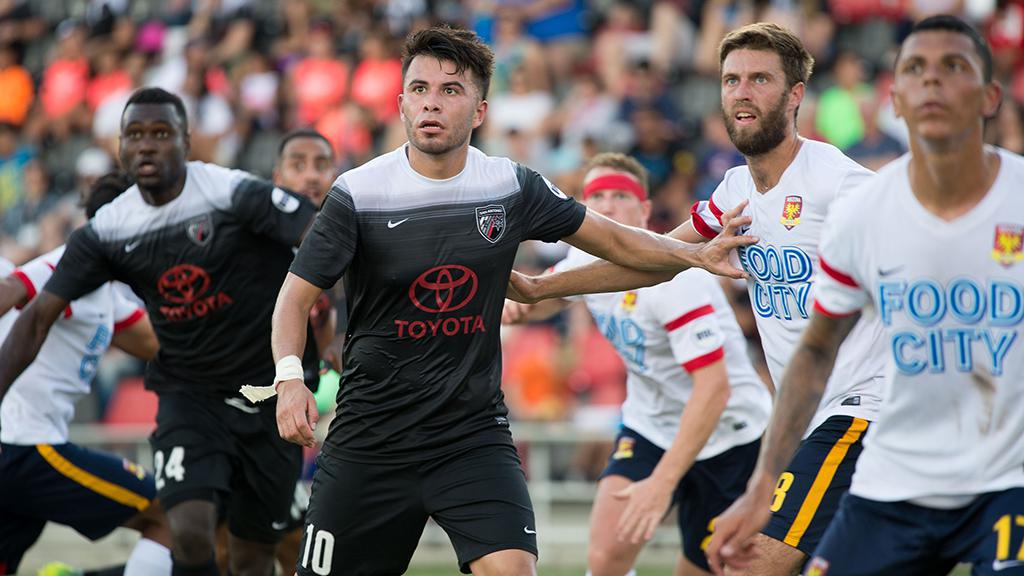 SAN ANTONIO – San Antonio FC moved into eighth place in the USL Western Conference with a 1-1 draw against Arizona United SC on Sunday night at Toyota Field. SAFC had a chance early, only for Rafael Castillo’s free kick from 20 yards to go over the crossbar, and in the ninth minute United took the lead as Tyler Blackwood tipped through a pass for Lon Tan to finish. Arizona goalkeeper Carl Woszczynski kept the game level with a great save on a close-range finish by Carlos Alvarez in the 23rd minute, but San Antonio grabbed an equalizer two minutes before the halftime break as Carlos Alvarez put home a first-time shot from Max Gunderson’s low cross from the right. San Antonio goalkeeper Matt Cardone had to make a pair of saves around the hour-mark to keep the game level, and also again late as Arizona’s Sam Garza tried to grab victory with a minute to go. San Antonio also threatened late as Castillo’s long-range shot was saved by Woszczynski, and Shawn Chin sent the rebound high from a tight angle, but honors ended even as San Antonio regained its place in the West’s top eight.

Carlos Alvarez, San Antonio FC – Alvarez put away a good finish for SAFC’s equalizer, and was active all night in the final third as San Antonio tried to find a winner in the second half.