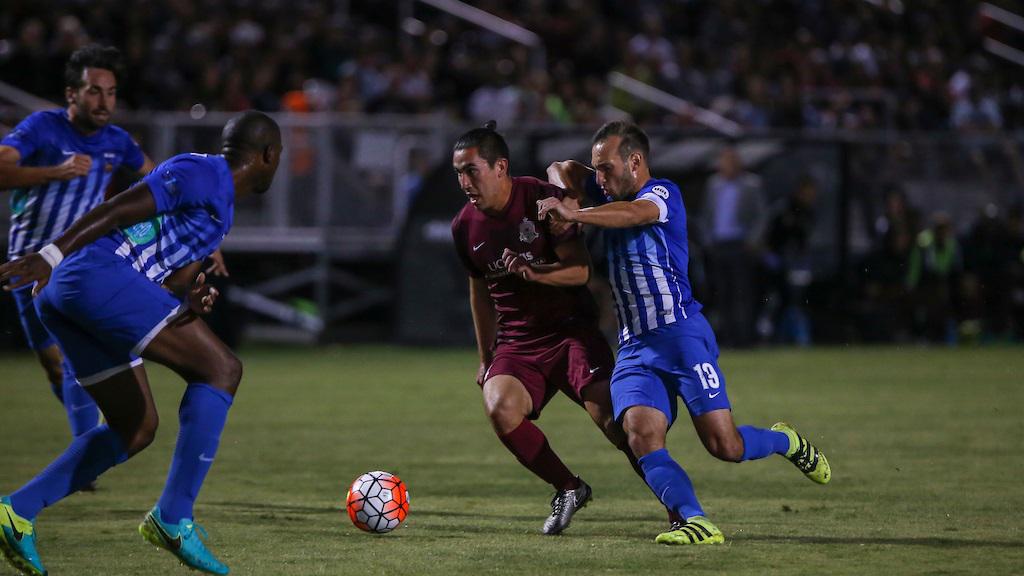 SACRAMENTO, Calif. – Sacramento Republic FC’s Harry Williams slotted home an 85th-minute goal as the host side rallied from an early second-half deficit to earn a 2-1 victory against Orange County Blues FC on Saturday in front of a sellout crowd of 11,569 at Bonney Field. Matt LaGrassa tallied his first goal in the 48th minute, and the victory helped Republic FC become the first Western Conference team to clinch a berth in the 2016 USL Playoffs. The opportunity arose when Real Monarchs SLC was only able to earn a draw against Tulsa Roughnecks FC earlier in the night. Sacramento had to work hard to make the postseason clincher a reality as Orange County’s Didier Crettenand scored an impressive free kick in first-half stoppage time to give the Blues the 1-0 lead. With the win, Sacramento is atop the West with a 13-6-8 record and 47 points, moving to 7-3-4 at home. Republic FC extended its unbeaten streak to eight games (5-0-3). Orange County falls to 10-13-4 (34 points) overall and 4-8-2 on the road. This marked the fourth and final regular-season appearance between the two sides. After the Blues earned a 1-0 win on April 30 at Bonney Field, Sacramento drew 3-3 on July 10 at Anteater Stadium, followed by a 1-0 Sacramento victory on Aug. 24 at Anteater.