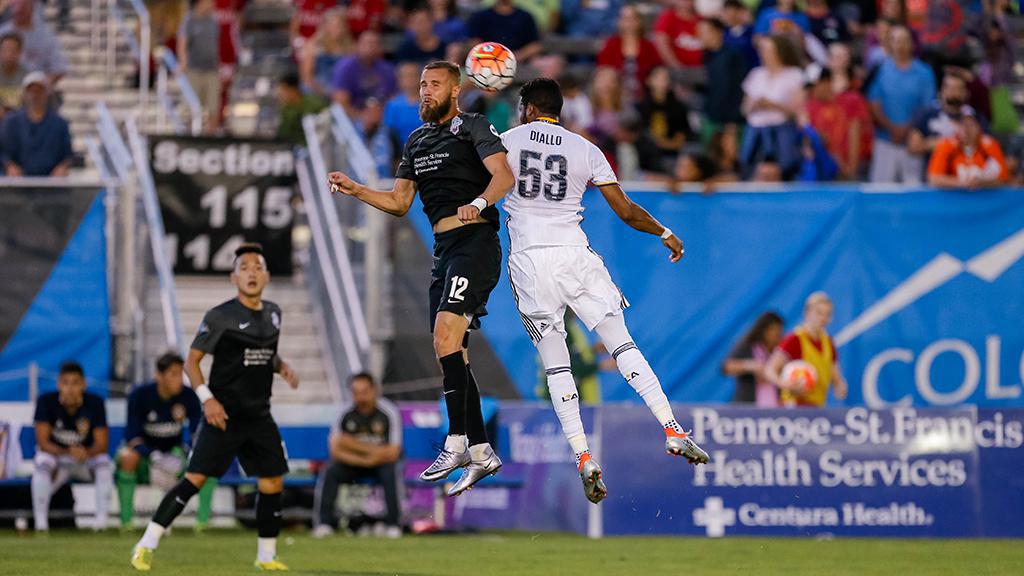 COLORADO SPRINGS, Colo. – Mike Seth scored a pair of goals to lead Colorado Springs Switchbacks FC to a 3-0 victory against the LA Galaxy II on Saturday night at Switchbacks Stadium. The Switchbacks’ Saeed Robinson and Seth almost combined to open the scoring in the eighth minute as Seth’s header went over the crossbar, but two minutes later the powerful forward made no mistake to make it 1-0. LA’s Adonis Amaya almost equalized in the 19th minute, only to send his shot over the crossbar, and both sides had chances go just wide off set pieces as the half went on in front of an energized crowd. Colorado Springs doubled its lead in first-half stoppage time, however, as Seth rose to head home a corner by Luke Vercollone. The Switchbacks captain added a third just before the hour-mark as he put home cross by Jordan Burt, and while the Galaxy II tried to get back into the game in the final half-hour, they were unable to cut into the Switchbacks’ lead as Colorado Springs took an impressive victory.

Mike Seth, Colorado Springs Switchbacks FC – Depicted as Wolverine in the Switchbacks’ ‘Superhero Night’ posters, Seth put in a performance worthy of the X-Men character as his forcefulness was key to victory.