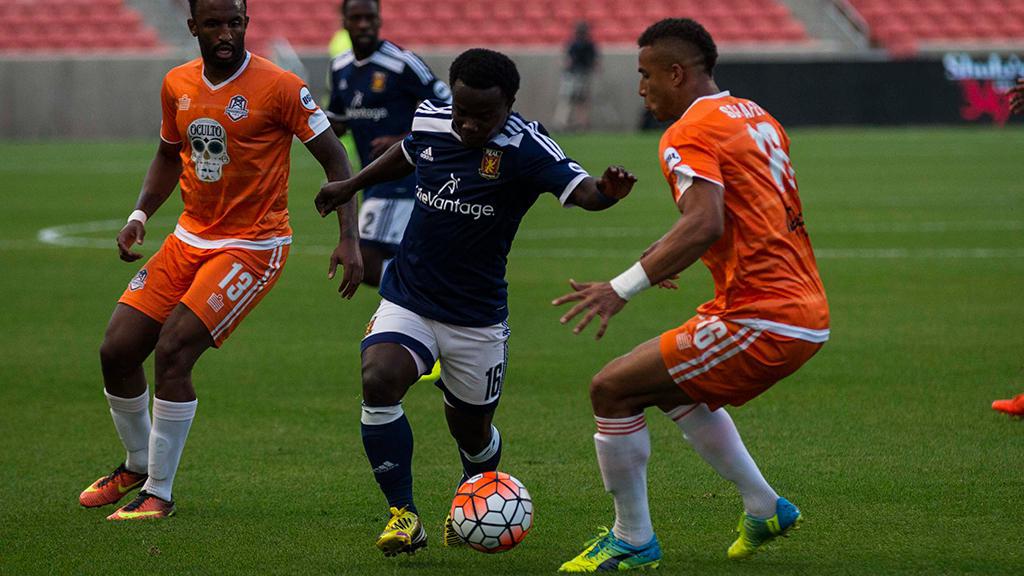 SANDY, Utah – Real Monarchs SLC and Tulsa Roughnecks FC played to a 1-1 draw at Rio Tinto Stadium on Saturday night as the Monarchs’ bid to jump into the top eight of the Western Conference at the end of the night came up short. The Monarchs almost took the lead just two minutes in when Amet Ramirez fired a shot off the left post, and Ricardo Velazco had a curling shot come back off the right post six minutes later. It was Tulsa that took the lead, however, as Cristian Mata scored in the ninth minute when he capitalized on a quick interception by Sammy Ochoa. The game then started to settle down, but the Monarchs hit back with a blistering finish from Velazco from 25 yards that found the top-right corner of the net to leave it even at the break. Tulsa pressured early in the second half, but the Monarchs came close to taking the lead in the 66th minute when Pedro Baez sent a header over the crossbar. Velazco then hit the post for a second time for the Monarchs a few minutes later, and Roughnecks goalkeeper Jake Feener made a big save to deny Ramirez in stoppage time, as the Monarchs came up empty in their search for a late winner.

Jake Feener, Tulsa Roughnecks FC – The Roughnecks goalkeeper proved up to the task as the visitors dealt with pressure throughout, and came up with the saves his side needed to take a point on the road.