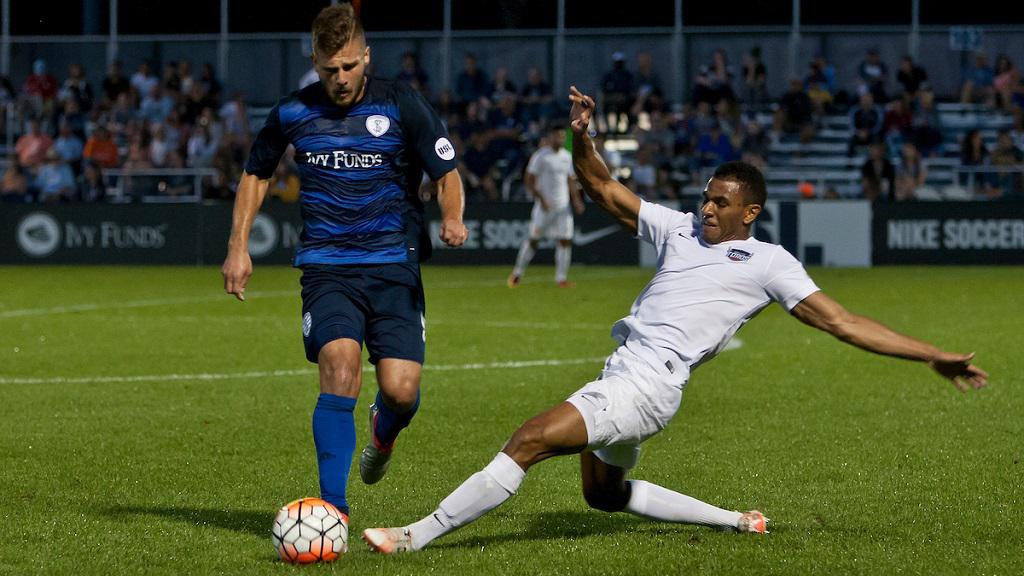 KANSAS CITY, Mo. – Rio Grande Valley FC continued its impressive push up the Western Conference standings as Ruben Luna’s first-half tally and T.J. Casner’s second-half score led the Toros to a 2-0 victory against the Swope Park Rangers on Saturday at Children’s Mercy Victory Field. Goalkeeper Callum Irving also had a key penalty kick save when the Toros were clinging to a one-goal lead. Luna has scored in five consecutive games now, tallying six goals in total during his hot streak. The win also briefly put RGV into first place in the conference with 45 points, one ahead of Sacramento Republic. Sacramento would later rally for a 2-1 victory against Orange County Blues FC to improves to 13-6-8 (47 points) to become the first West team to clinch a postseason berth. RGV improved to 12-5-9 (45 points) overall and 6-3-4 on the road. The Toros are on a 10-game unbeaten streak (6-0-4) and a five-game winning streak. Swope drops to 10-10-6 (36 points) overall and 8-4-1 at home. The Rangers saw their five-game home unbeaten stretch (4-0-1) come to a close. This was the third meeting between the two fellow expansion sides. RGV earned a 4-1 victory on May 21 in the first affair, followed by Swope’s most impressive win of the season, a 4-0 decision on June 8 at Children’s Mercy Victory Field.