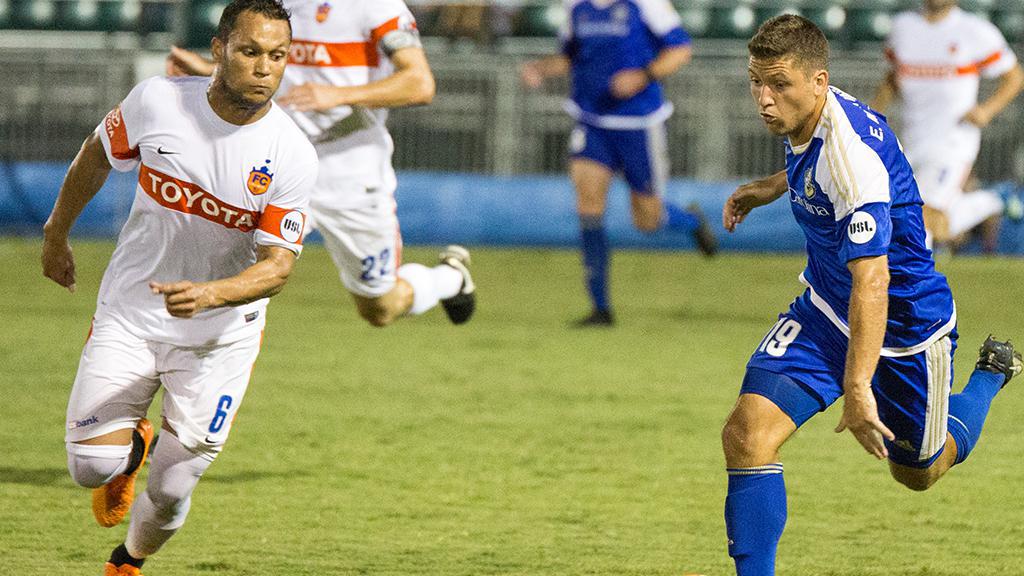 CHARLOTTE, N.C. – While the Queen City Cup eluded the Charlotte Independence, the host side had its share to celebrate as Jorge Herrera scored a shorthanded go-ahead goal for a 3-2 victory to clinch the organization’s USL Playoffs berth on Wednesday at the Ramblewood Soccer Complex. Charlotte played the final stretch down a man as Bilal Duckett picked up his second yellow card and was subsequently sent off in the 79th minute. Herrera’s free kick took a bit of a deflection off of a Cincinnati defender and went into the back of the net for the winner in the 85th minute. Enzo Martinez tallied two first-half goals for the Independence. Cincinnati claimed the Queen City Cup with its two road goals, coming from Andrew Wiedeman in the first half and Sean Okoli in the second half. Cincinnati earned a 2-1 win against Charlotte on April 9 in the head-to-head regular-season series. Wednesday’s game originally was to be played on May 21, but poor field conditions at Ramblewood Stadium led to the match’s postponement.

USLSoccer.com Man of the Match:
Enzo Martinez, Charlotte Independence – Martinez had a strong first half with two tallies to put some early pressure on Cincinnati.