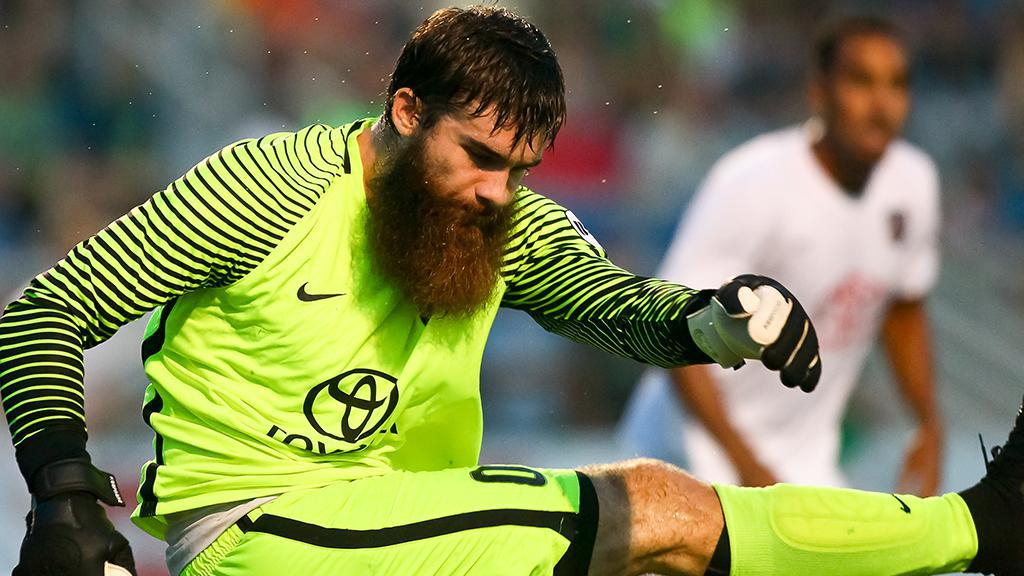 TAMPA, Fla. – San Antonio FC goalkeeper Matt Cardone has been voted the USL Player of the Week for the 23rd week of the 2016 season after recording a seven-save shutout in his side’s victory against Saint Louis FC on Saturday night. Cardone put in a standout performance, including a late penalty kick save, as San Antonio took a 2-0 victory on the road to boost its playoff aspirations. 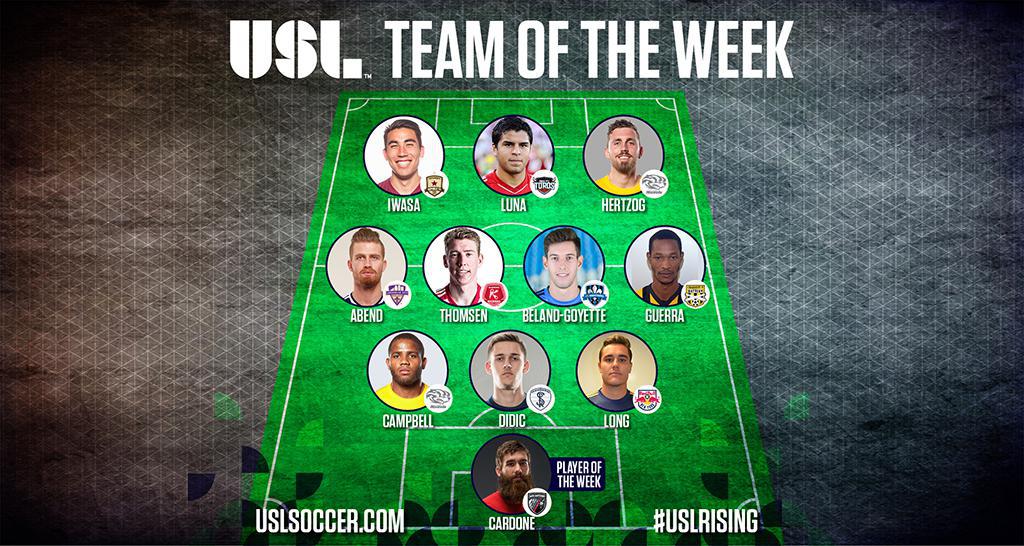 GK – Matt Cardone, San Antonio FC: Cardone’s seven-save shutout paved the way to a victory for SAFC as it maintained eighth place in the Western Conference by defeating Saint Louis.

D – Sergio Campbell, Pittsburgh Riverhounds: Campbell scored the equalizer as the Riverhounds finished off a good week with a 1-1 draw against the Harrisburg City Islanders.

D – Amer Didic, Swope Park Rangers: Didic was big at the back, most notably with a goal-line clearance that preserved a 2-1 win against the LA Galaxy II for the Rangers.

M – Ataullah Guerra, Charleston Battery: Guerra was strong in midfield all game, and notched the assist on Maikel Chang’s winner in a 1-0 victory against the Charlotte Independence.

F – Ruben Luna, Rio Grande Valley FC: Luna scored both goals as the Toros took a 2-1 win against Colorado Springs Switchbacks FC to move into second in the West.