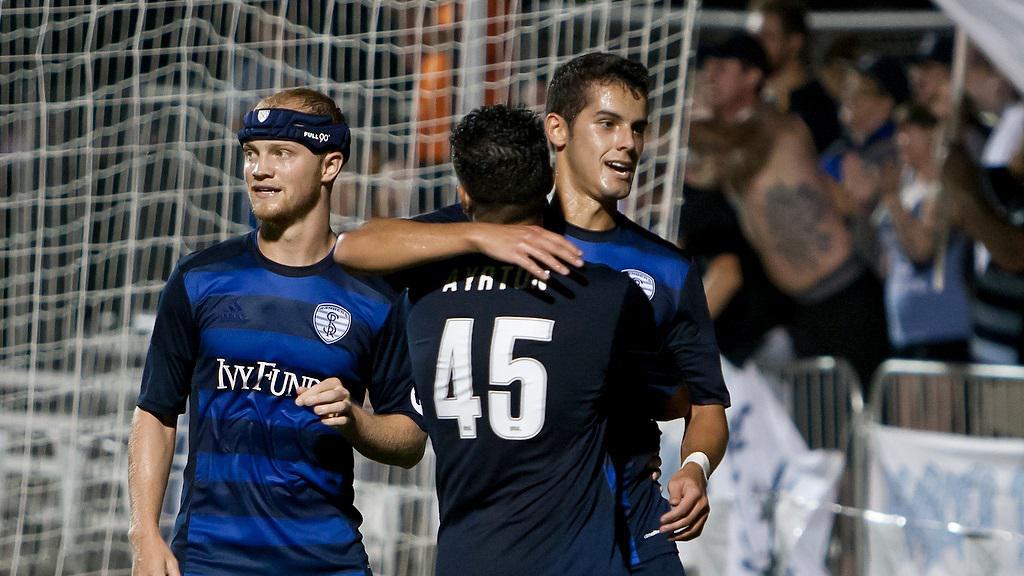 KANSAS CITY, Mo. – The start was certainly not to the Swope Park Rangers’ liking, but they made up for it with back-to-back goals to rally for a 2-1 victory against the LA Galaxy II on Saturday at Children’s Mercy Victory Field at Swope Soccer Village. The match was delayed because of inclement weather. After Los Dos’ Bradford Jamieson IV gave his side a lead in the opening two minutes, Swope captain Christian Duke and Mark Anthony Gonzalez followed with first-half scores to earn the victory. Swope improves to 9-9-6 (33 points) overall and 7-3-1 at home. LA falls to 9-6-9 (36 points) overall and 3-4-5 on the road. This was the one and only regular-season meeting between the third-year Galaxy II and expansion Swope.