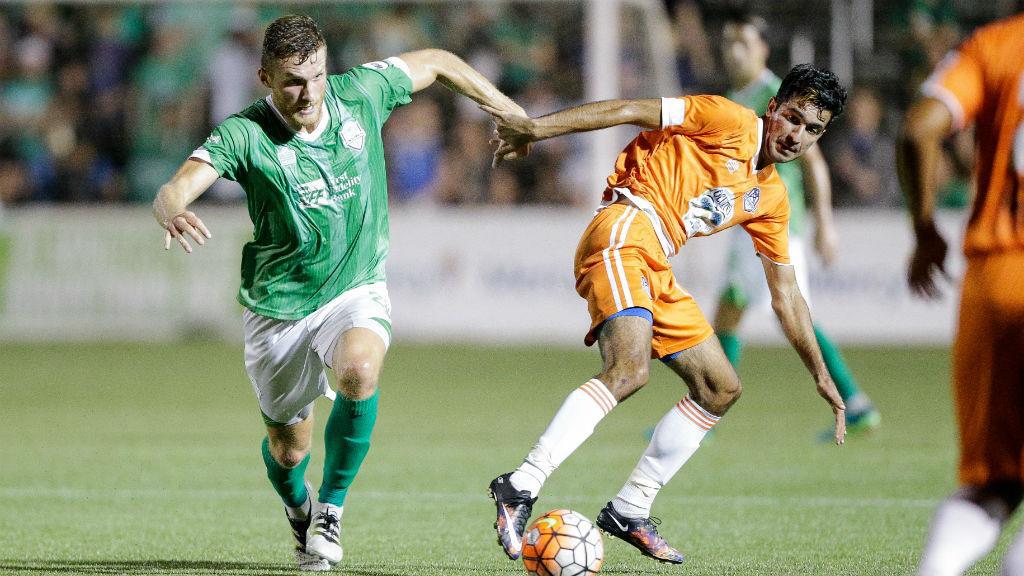 OKLAHOMA CITY – OKC Energy FC earned the season sweep of Tulsa Roughnecks FC in the Black Gold Derby, defeating its in-state rival 1-0 at Taft Stadium on Saturday. After Energy FC came close on multiple occasions in the opening 45 minutes, Wojciech Wojcik scored the game-winner in the third minute of first-half stoppage time. Andy Craven, Danni Konig and Michael Thomas also shined up front for Energy FC, as the club improved its overall record to 10-4-10. With the loss the Roughnecks fall to 5-17-3, and they become the first team to be mathematically eliminated from 2016 USL Playoffs contention.

USLSoccer.com Man of the Match:
Wojciech Wojcik, OKC Energy FC: The forward scored the game-winner for Energy FC, handing the club its 10th win of the regular season. He combined well with his teammates down the field during the first half, and he came close to recording an assist after heading on a throw-in during the 30th minute of play.