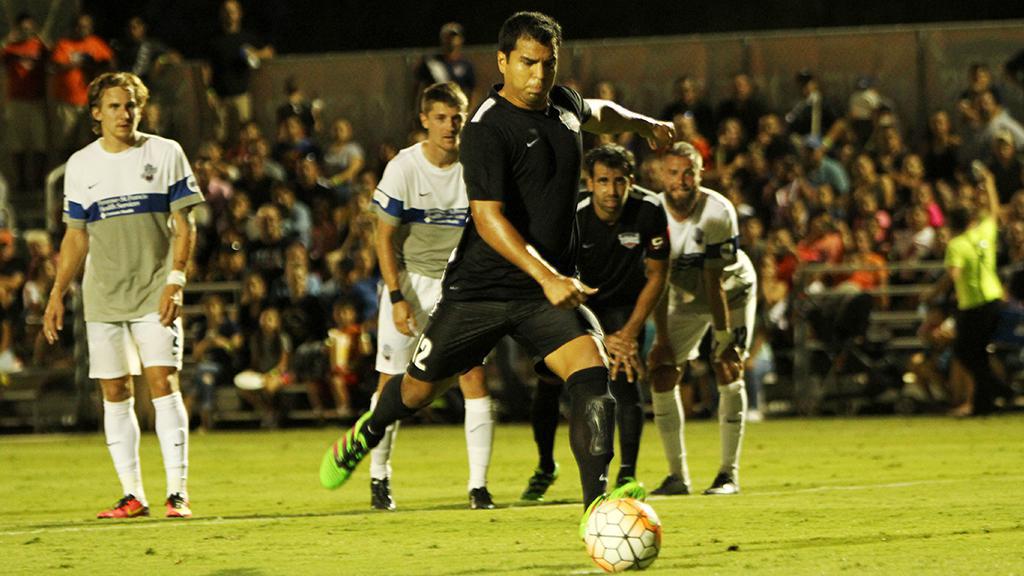 EDINBURG, Texas – Rio Grande Valley FC took a 2-1 victory against Colorado Springs Switchbacks FC on Saturday night at Toros Park to extend their undefeated streak to nine games. Neither side had many clear chances in the early going, as the Toros’ Yair Arboleda had a shot go over the crossbar just over half-an-hour in. The game burst into life six minutes before halftime, however, as Josh Suggs opened the scoring for the Switchbacks, bringing the Toros’ shutout streak to an end at 760 minutes. RGVFC quickly hit back as Ruben Luna converted from the penalty spot after a foul by Switchbacks goalkeeper Devala Gorrick. The Toros were awarded a second penalty kick in the second half as Emilio Garcia was fouled, and Luna scored again to put the hosts ahead. The Switchbacks tried to get back into the game, but both Josh Phillips and Miguel Gonzalez were sent off after receiving two yellow cards as Colorado Springs ended with nine men.

Ruben Luna, Rio Grande Valley FC – Luna converted twice against standout Switchbacks goalkeeper Devala Gorrick from the penalty spot to send the side to victory and potentially second place in the Western Conference.