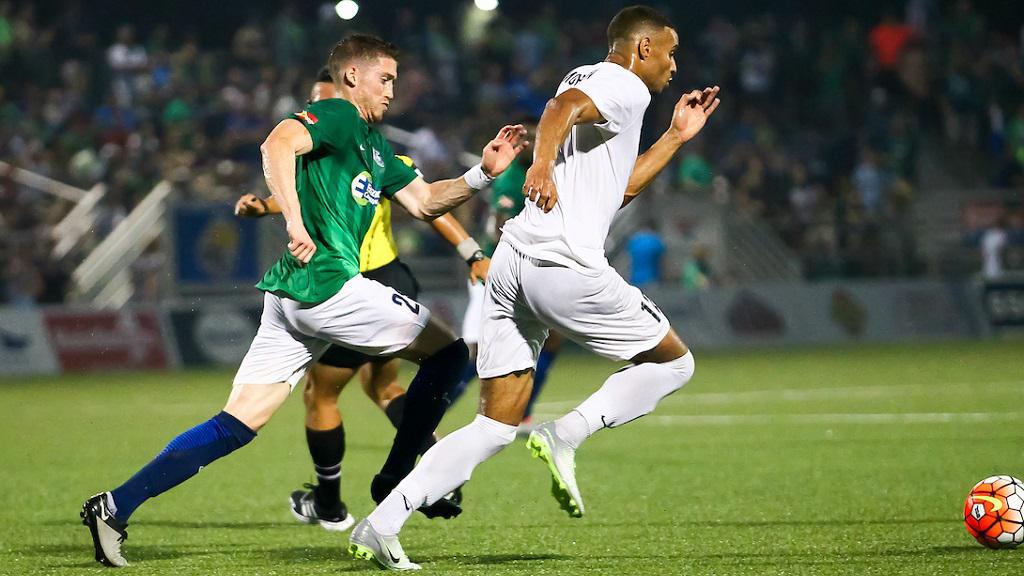 FENTON, Mo. – San Antonio FC’s Sebastien Thuriere and Rafa Castillo tallied twice in the opening half and earned a 2-0 victory against Saint Louis FC on Saturday in front of a sellout crowd of 5,262 at World Wide Technology Soccer Park in the first meeting between the two expansion sides. Thuriere scored in the 12th minute and Castillo found the back of the net in first-half stoppage time. Goalkeeper Matt Cardone was stellar for San Antonio, even until the final whistle as he turned away a penalty kick by STLFC goal-scoring leader Irvin Herrera in the fifth minute of second-half stoppage time. San Antonio has matched its longest winning streak of the season, earning its third consecutive victory as it tries to stay in the mix for a potential postseason spot. SAFC improves to 9-8-7 (34 points) overall and 3-5-4 on the road. Saint Louis drops to 7-10-8 (29 points) overall and 4-3-6 at home.

USLSoccer.com Man of the Match:
Matt Cardone, San Antonio FC – Cardone was a rock in the back as Saint Louis could have – and should have – mustered multiple goals on the evening. His PK save on Irvin Herrera was a fitting conclusion to a masterful night.