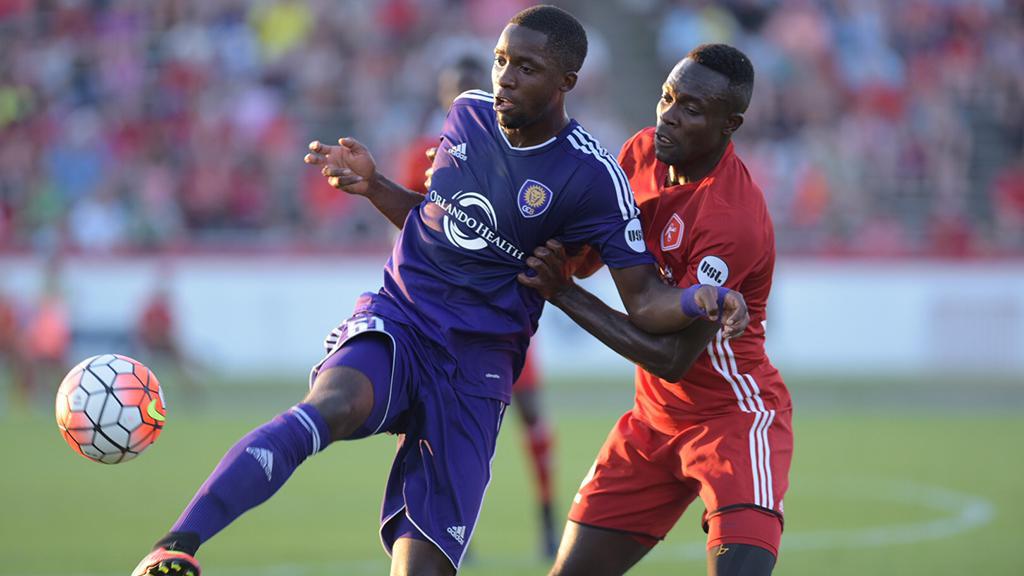 RICHMOND, Va. – The Richmond Kickers clinched a place in the 2016 USL Playoffs with a 1-0 victory against Orlando City B on Saturday night at City Stadium as the hosts extended their undefeated streak to nine games. Richmond's victory, combined with Bethlehem Steel FC's loss to Richmond and Wilmington Hammerheads FC's draw with Rochester, saw the Kickers advance to the USL Playoffs for a sixth consecutive season. Both teams looked to get forward quickly in the first half, but were unable to find a decisive finish. Richmond went close in the 23rd minute when Samuel Asante’s cross found Anthony Grant, but the forward’s header went wide of the post. The Kickers had a chance saved when Miguel Aguilar’s effort was denied by Orlando goalkeeper Mark Ridgers just before the hour-mark, but the breakthrough finally came with 14 minutes to go as a low shot by Scott Thomsen just crept over the line to make it 1-0. Orlando had a late chance at an equalizer, only for Richmond goalkeeper Andrew Dykstra to palm it away for a corner, and the Kickers held on for all three points.

Scott Thomsen, Richmond Kickers – Thomsen had the only goal of the game as the Kickers continued to  push forward in the Eastern Conference and maintain its hold on fourth place in the standings.