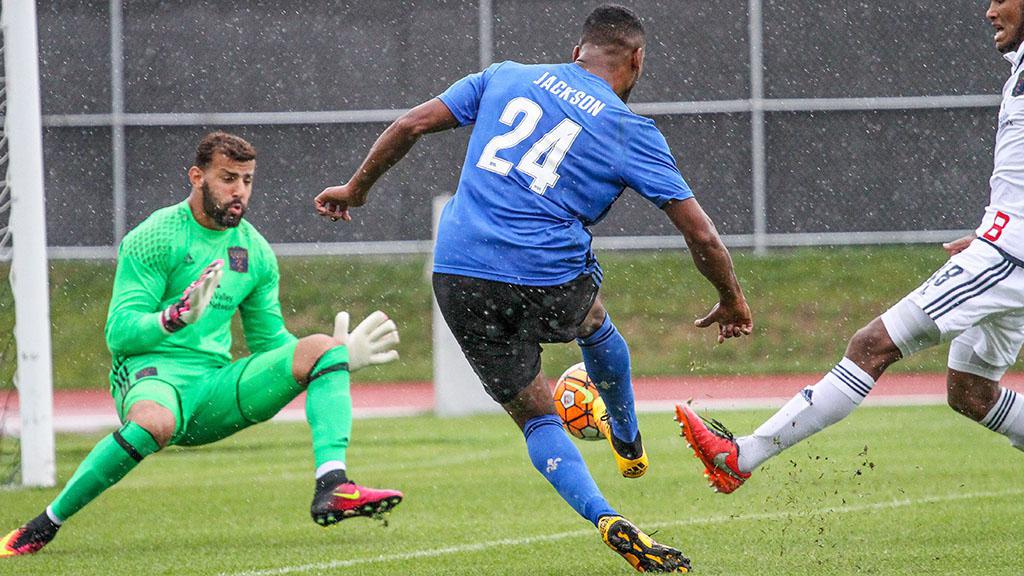 MONTREAL – Aron Mkungwila scored in the 90th minute as FC Montreal took a dramatic 3-2 victory against Bethlehem Steel FC on Sunday afternoon at the Complexe Sportif Claude-Robillard. Mkungwila got in behind the Steel defense on the left, and finished into the right corner to give his side its third consecutive victory. Montreal had the first big scoring chance in the 10th minute when Anthony Jackson-Hamel got in behind the Steel defense, but goalkeeper Samir Badr made a big save to deny him. Ballou Jean-Yves Tabla also had two good low shots stopped in quick succession, but Jackson-Hamel made it 1-0 on a breakaway in the 32nd minute after a long pass by Mkungilwa. The Steel hit back five minutes before halftime, however, when James Chambers’ long-range free kick found the right corner of the net. Bethlehem almost grabbed the lead inside the opening minute of the second half as Cory Burke’s shot was saved by Montreal’s Maxime Crepeau, but the visitors went in from in the 50th minute as Burke made no mistake from close range after Josh Heard’s initial shot was saved. Montreal leveled the score with 10 minutes to go as Thomas Meilleur-Giguere scored unmarked in the right side of the penalty area, and Crepeau had to come up big three minutes to save from Seku Conneh, but Mkungwila’s late strike sent the hosts to victory.