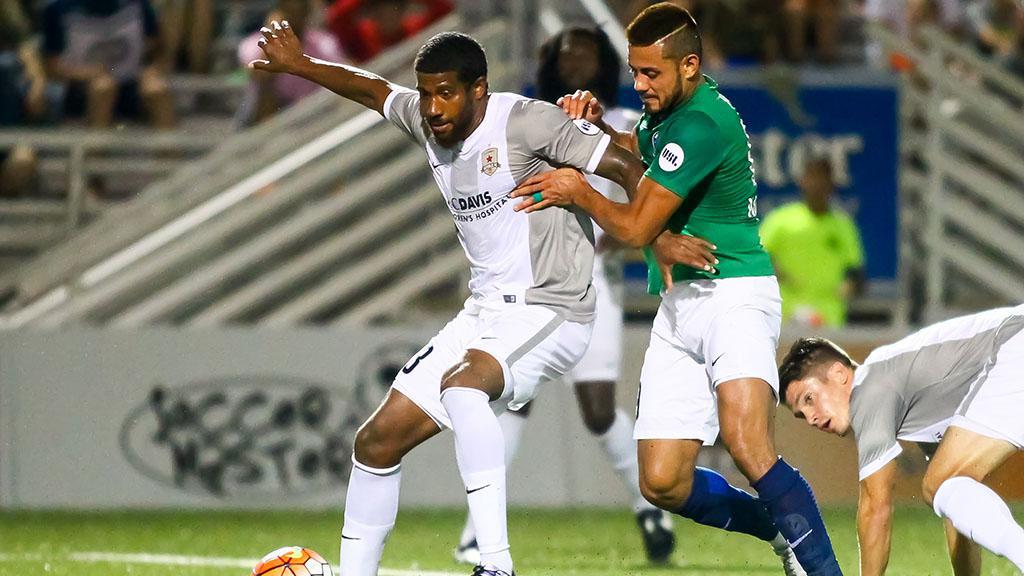 FENTON, Mo. – Sacramento Republic FC led big early, but had to hold on for dear life late as it took a 4-3 victory against Saint Louis FC on Saturday night at World Wide Technology Soccer Park. Sacramento jumped out to an early lead in the fifth minute when Tommy Thompson’s chipped cross was headed home by a late-arriving J.J. Koval, and six minutes later the visitors made it two when Cameron Iwasa notched his first of the night from a low cross by Matt LaGrassa. A Sacramento native, LaGrassa added his second assist in the 17th minute as Octavio Guzman tucked home a back-post cross from the left to leave Republic FC in complete control. Saint Louis pulled a goal back through Mike Ambersley in the 26th minute with a shot from the edge of the penalty area, but another fine cross by Thompson for Iwasa’s restored Republic FC’s three-goal advantage just before the hour-mark. The hosts again cut into the lead with 16 minutes to go when Jordan Roberts’ fierce shot handcuffed Sacramento goalkeeper Evan Newton, and Chad Bond curled home an outstanding free kick in the final minute, but the late rally came up short as Sacramento took its second win in the past three games.

Matt LaGrassa, Sacramento Republic FC – LaGrassa put in two fine assists in the opening 20 minutes to set up Sacramento with a lead it would need to hold onto late to secure an important three points on the road.